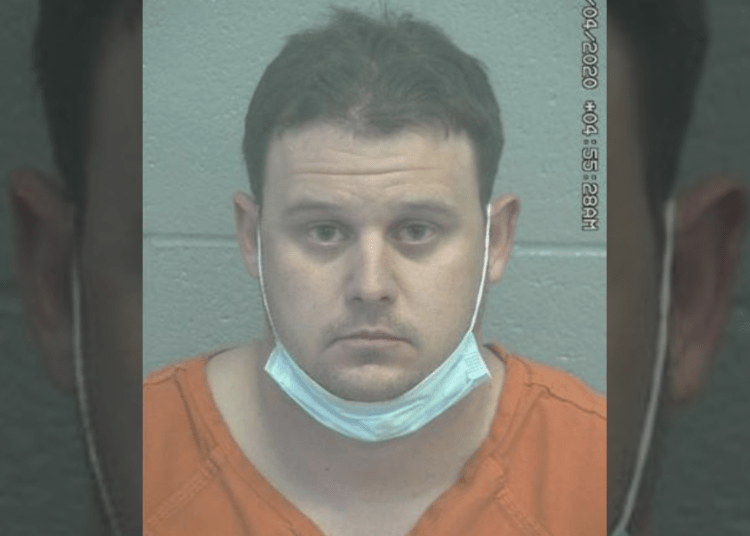 Sergeant Chance Rainer has been charged with driving while intoxicated and abandoning or endangering a child, KOSA reported.

According to Midland Police Department, officers were called to the intersection of Illinois Avenue and Andrews Highway just after 3 a.m. regarding a traffic collision.

However, what they discovered was something similar to a situational question frequently asked during an entry level oral board exam.

The responding officers recognized the at-fault driver as one of their own, Sgt. Rainer. He was off-duty at the time of the crash.

Police told Rainer to exit his vehicle several times. However, according to the report, he refused to cooperate or communicate.

As a result, MPD called SWAT to the scene due to officers belief that weapons were present in the vehicle, in addition to Rainer’s knowledge of police tactics.

Moreover, the Odessa Police Department’s SWAT Team was called to assist due to Rainer’s affiliation with MPD, which is standard protocol.

Furthermore, the Midland County Sheriff’s Office SWAT Team arrived at the scene to assist as well.

Rainer was eventually removed from the vehicle by the OPD SWAT Team and K9 Unit. Specific details were not provided. As expected, police located weapons and body armor in the vehicle, which were collected.

Rainer was taken to Midland Memorial Hospital for treatment before being released and booked into the Midland County Jail.

According to MPD, an ongoing investigation led to filing charges of driving while intoxicated and abandoning or endangering a child against Sgt. Rainer. No details were shared regarding the investigation.

The other driver who was involved in the initial collision was treated for minor injuries.

According to KOSA, Rainer had previously been arrested on April 13 for public intoxication after he was reportedly found staggering around an apartment complex with a gun in his waistband.