Will you be able to explain your ‘state of mind’ after taking a life? 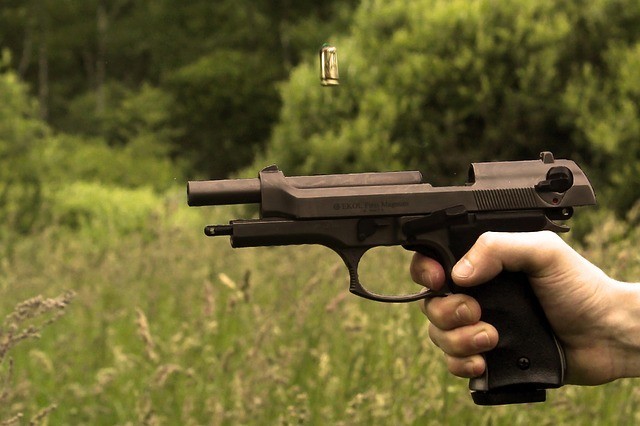 We teach police how to deploy tactics and use force to protect lives. We offer a wide variety of tools as force options. But how well do we train officers and deputies to explain their actions after the fact?

If you work in law enforcement, will you be able to explain a tactical plan based upon your experience and training when required to provide a statement, deposition, or courtroom testimony following a significant use of force or officer involved shooting?

This area of the law enforcement profession frequently lags behind our actual ability to use force when it is required. In other words, we can “shoot the bad guys,” but how well can do we articulate the intangibles? (You’ll see why this is vitally important toward the end of this article.)

Armchair quarterbacks make outlandish comments on social media regarding police officers required to deploy force options to neutralize combative suspects, both in support and opposition of police. It is easy to discern between those who’ve been there versus others who think they know a better way. Extreme comments on both sides of the fence demonstrate thoughtless, ill-informed commentary.

Yet my challenge is to cops, … men and women working in the trenches. Will you be able to articulate how and why you deployed your pepper spray, Taser, impact weapon, handgun, patrol rifle or other options at your disposal? Do you articulate a clear picture or resort to the standard, “I feared for my life”?

Begin now, before you’re in the hot seat trying to answer questions from attorneys, friend and foe.

Begin with your “hero sheet,” or whatever you’d like to call it. Anyone who’s written a search warrant knows that it begins with his or her education, experience, and training. I.e. your hero sheet (not the actual name of a report, but an explanation of details that are placed on paper). This demonstrates your expertise. Some officers have a lot, some have a little, but everyone wearing a uniform and badge while carrying a firearm has expertise the average citizen does not.

Depending upon circumstances, either more or less specifics will be pulled from a living, master document that you personally keep on file in preparation for insertion into various arrest reports. You modify it for reports depending upon the crime. For instance, the hero sheet for a homicide detective will include details specific to homicides. This will also provide the basis for voir dire — qualifying you as a subject matter expert — when providing a sworn affidavit and/or courtroom testimony. The hero sheet for a two-year patrol officer will be much shorter, but do not underestimate its’ value.

However, we are talking about “use of force,” so let’s keep our focus there. Your hero sheet should include a list of training courses you’ve attended, the total number of hours of training, the weapons you are certified to carry, etc. If you really want to go the extra mile, break it down in total number of times you’ve deployed various weapons. (I’ve had defense attorney’s stipulate to my expertise during preliminary hearings simply based upon my hero sheet included in arrest reports and search warrant affidavits.)

Moreover, what techniques and pre-planning have been included in your force option training? Itemize them, and if possible, keep track of the times they’ve been used or kept in reserve. This will be a crucial detail when a defense attorney or plaintiff’s attorney is grilling you about “shooting poor Mr. Bad Guy.” How many times have you chosen other force options when lethal force was justified?

SIDEBAR: Note to supervisors: If you have a group of officers who successfully deploy a Taser and 40mm impact weapon to disarm a combatant armed with a knife, document it with a written commendation. Having that in the officer’s file will prove he or she is not a bloodthirsty vulture when they are required to take the life of a knife-wielding suspect down the road.

The best pre-planning of force options will include flexibility, since every circumstance is different. Nevertheless, what staples are included regarding weapons, personnel, areas of responsibility, etc.?

Call of an agitated man refusing to leave

In August of 2002 I was the senior person responding to the call of an agitated man refusing to leave the home of his elderly parents. Without getting into every detail, we were able to get everyone out of the house with the exception of the infirmed elderly father who was confined to a hospital bed in the home, before dealing with the agitated individual. The non-compliant 49-year-old suspect, who was the son of the elderly parents, locked himself inside an interior room.

At the time, we used a method called “Combative Subject Control Technique,” or CSCT. Under the best-case scenario, it involved four officers; one designated the communicator (weapon drawn depending upon circumstances), one less-lethal (at the time this was a beanbag shotgun prior to Taser), one designated pepper spray, one designated lethal force (handgun).

Naturally, anyone could become lethal force as variables changed, but those designations were spelled out in advance as best as possible, all while officers fanned out around the non-compliant, combative individual without developing crossfire. (With merely two officers on scene, multiple assignments were designated.)

This call afforded us the best-case scenario. We had four officers on scene. I was designated the communicator, but had my weapon drawn, while three additional officers had their assignments: less-lethal (beanbags), pepper spray, and lethal force (handgun). There were no known weapons in the home, other than household instruments, so we expected physical resistance, but nothing more. As we entered the home we quickly determined the suspect barricaded himself in a makeshift bedroom in the garage (walled off with a door).

The door was not only locked, but had furniture stacked up against it, making it difficult to open. I kicked it twice, but the path was blocked. Finally, I rammed it with the weight of my body forcing it to come unhinged. As my momentum carried me into the room, there was a double-headed axe descending upon me. For about two seconds, my vision went dark when the axe handle struck my shooting arm and the head of the axe struck my chest, which was protected by soft body armor beneath my uniform shirt.

The officer directly behind me launched/fired beanbags at the suspect. As a result, the man was knocked back about 4-5 feet, probably saving my life. The additional two officers did not have a view or access to the room due to the furniture and our bodies in the way.

I was on the ground, but my vision returned just in time to see the suspect coming at me a second time with the axe raised over his head. I fired one round. It entered his forehead and exited at the base of his neck through his brainstem. He dropped like an accordion. My life was spared.

The total elapsed time from my first boot on the door to the time the suspect dropped to the ground was about 10 seconds. The total time I had visual acuity of the threat against my life was before firing was about 1-2 seconds. … From that point forward my life and career would be partially defined by the preparation that went into my pre-planning and reaction to this event.

By that time in my career, I had been on the investigative side of about a dozen officer involved shootings. So I was familiar with the process, which alleviated most of my fear. I was anxious to get my voluntary statement on the record, but did not do so until I consulted with an attorney.

SIDEBAR: I know how controversial this topic is, especially into today’s political climate. Everyone needs to make his or her own decision, but I decided early in my career that no one can tell my story better than me. Therefore, I wanted my “state of mind” to come from my own mouth. However, I also understand those who differ with this opinion. Furthermore, this is also driven by the circumstances. In my case, I was completely at ease providing a voluntary statement. (For non-law enforcement readers who might be confused by this, police officers are afforded their constitutional rights, just like a suspect would be. Therefore, while an officer can be compelled to provide a statement in most jurisdictions, which should not be compiled in the criminal investigation, cops still have the right to remain silent during the criminal portion of the investigation, if they choose.)

I was psychologically prepared to offer a voluntary statement. I had previously worked Special Investigations (narcotics, vice, career criminal apprehension, etc.) for 10 years, and had written a few hundred search warrants, so my hero sheet was well up to date. I was also the tactical commander on our department SWAT team as a collateral assignment. Therefore, I told the investigators I wanted to offer my education, experience, and training (voir dire) at the outset, since it would establish a foundation for my plan in deploying CSCT. They agreed. (Had they not agreed I would have gotten it in response to their questioning anyway.)

Setting a foundation for your tactical actions

Providing this pre-planned technique when dealing with combative subjects was extremely instrumental in setting the tone for the rest of the interview. The lead investigator from the DA’s office later told me that it provided material for substantive questions that allowed them to draw more of my “state of mind,” which proved beneficial. It also helped provide evidence of our desire to resolve the conflict peacefully. No one wanted this guy to die!

So, back to my original question: Will you be able to explain your “state of mind” after taking a life? There is no better time to begin planning your strategy than now. Begin with your hero sheet, know your department policy regarding the use of force; be able to answer questions about deploying various force options, and ultimately, be prepared to justify your actions. Although you have the right to remain silent and have an attorney present to be your advocate, no one can access your critical thought process better than you. This will be part of your conversation with a lawyer when you determine whether your statement will be voluntary or compelled.