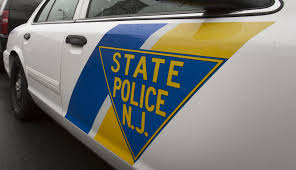 A New Jersey State Police recruit is in critical condition after losing consciousness during a training Wednesday.

NJ.com reports that the 27-year-old recruit was boxing with a classmate at the New Jersey State Police Academy in Sea Girt Borough when the incident took place.

Staff at the Police Academy intervened, stopping the exercise and delivering first aid to the recruit. After calling for emergency medical service, he was brought to a local area hospital.

The training method is typically conducted in defensive tactics and designed to simulate a fight or struggle with a suspect.

The identity of the recruit has not been given and he is currently in critical condition, according to the state police.

SEATTLE IS LOOKING TO DE-CRIMINALIZE MISDEMEANORS

Police state that the boxing activities have been temporarily suspended until the incident has been reviewed.

For liability or training reasons, defensive tactics training is often filmed by the instructors.
It is not known at this time whether this incident was documented in that fashion.