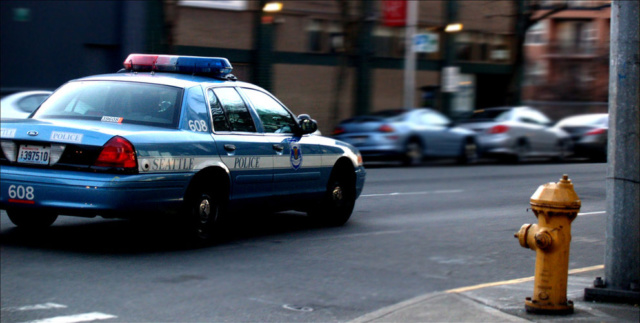 SEATTLE — The city of Seattle may legalize most misdemeanor crimes. This isn’t an exaggeration. It’s arguably not even the most radical idea introduced by the Seattle City Council, wrote Jason Rantz, a Seattle-based talk show host.

Rather, it’s the latest move by politicians growing increasingly dangerous and aloof to concerns in a city spiraling dangerously out of control.

As a result, some of the city’s highest paid residents are fleeing, Rantz reported.

Merely arguing that crime was a consequence of your homelessness, addiction or mental illness could warrant a dismissal of charges. Seattle is experiencing a historic surge in homicides – the highest since at least 2008. Should it add more unpunished misdemeanors to the growing list of concerns? Herbold originally tried to sneak the legislation in as a budget item, meaning it would not be subject to the same public scrutiny, but the Council tabled it and plans to review the idea as a standalone item.

In truth, the shameful reality in Seattle is that misdemeanor crimes are seldom seriously charged and criminals rarely see meaningful jail time. It’s created a dangerous environment highlighted by a report showing 100 prolific offenders responsible for 636 jail bookings in 2019. A year later, the problem hasn’t gone away, according to Rantz, published via Fox.

One fed up judge finally rejected yet another plea deal to let a homeless man with over 70 convictions go free. Judge Ed McKenna questioned how releasing him served public safety interests. Aghast that the judge put a homeless man in jail, Seattle City Attorney Pete Holmes partnered with the public defender in an unprecedented media campaign to shame the judge. Consequently, McKenna felt forced into early retirement.

The Council argues it’s addressing the underlying causes of the crimes when, in truth, it is exacerbating them. The Council cut Seattle’s Navigation Team, a specialized unit of police and outreach workers clearing dangerous encampments while connecting the homeless with shelter.

The Council replaced the team with eight civilian outreach workers doing the same work, minus enforcement powers. That means no more sweeps. Good luck finding a park not completely covered with tents. Seattle is about to hit year 16 of the 10-year plan to end homelessness precisely because of the city’s permissive attitudes on homelessness.

A significant problem is the overwhelming number of homeless addicts. City officials believe over 50% of Seattle’s homeless are dealing with addiction. Unfortunately, the Council intends on coddling, rather than treating, them.

Rather than standalone sites, the Council now plans to fund them in pre-existing social service offices where the homeless already visit. The plan has the support of the Council, despite little data to suggest it would be successful. In fact, the data shows the opposite, Rantz reported.

With addiction comes crime. It’s not just open-air drug dealing, which remains a fixture, but thefts and burglaries where addicts steal then sell items to fuel their addiction. As those crimes go unpunished, a Council hellbent on defunding the police has forced good officers to leave.

The SPD has the lowest number of deployable staff since 1990, which interim chief Adrian Diaz warns is not enough to keep the city safe. Officers accelerated their historic mass exodus after the Council partially defunded the department to force layoffs. At least 118 officers separated by the end of September. Yet the Council is preparing to cut an additional 20% in the police budget, which eliminates staff by not filling over 90 empty positions and laying off 35.

Rantz notes that residents are fed up and leaving. South Lake Union and Downtown Seattle, where many of the city’s high paid tech workers live, are ditching their high-priced neighborhoods leaving a 9.5% and 8.5% large-apartment vacancy behind. Why pay high rents for small apartments in a city that’s growing increasingly dangerous, dirty and expensive? Businesses are following suit.

The very addicts on Seattle streets can change when they hit rock bottom. That may be what it takes to get Seattle to change its course: hitting rock bottom. But at that point, what will be left of this once great city? If there’s not quick intervention, we may soon find out, Rantz concludes.