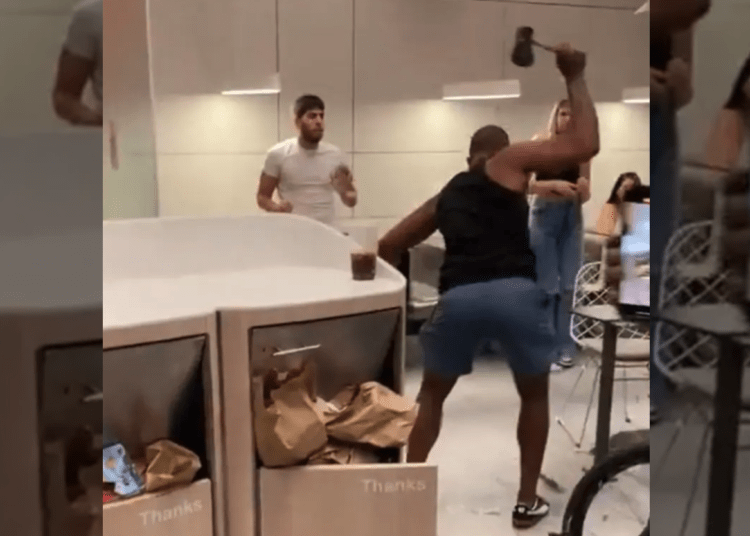 NEW YORK – An axe-wielding man responded to a dispute inside a New York City McDonald’s by smashing property, causing thousands of dollars in property damage, and terrorizing patrons, officials said.

What began as a dispute leading to blows between a man identified as Michael Palacios, 31, of the Bronx, and three other men — escalated into a rampage early Friday morning, the New York Post reported.

Little is known about the encounter, but the man identified as Palacios pushed his way past three men and then delivered at least one blow, video shows, which then led the men to respond by delivering a series of punches to Palacios.

Next, Palacios is seen putting his right arm against his head before calmly walking over to his backpack, where he pulled out an axe and then threatened his combatants and terrified patrons by swinging it wildly and destroying property.

@CrimeInNYC NYC always good for some chaotic mayhem. He didn’t hurt anybody, but could have been ugly ! pic.twitter.com/I6WvqROuGR

Twitter user Shakes McGoo, commented, “NYC always good for some chaotic mayhem. He didn’t hurt anybody, but could have been ugly!”

“That’s why I keep my knife on me all the time,” proclaimed one of the onlookers recording the destruction.

According to The Post, Palacios was charged with three counts of menacing, two counts of criminal possession of a weapon, and one count of criminal mischief.