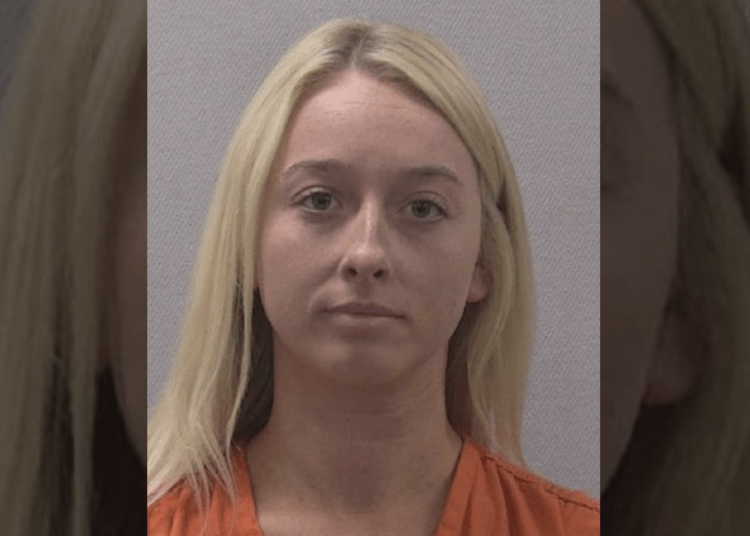 LEXINGTON, S.C. — A South Carolina elementary school teacher has found herself in trouble with the law and unemployed after reportedly placing marijuana edibles that resembled candy into a reward box for students in her classroom, according to reports.

A teacher at Rocky Creek Elementary School in Lexington, Victoria Farish Weiss, is the educator at the center of the criminal action.

A warrant for her arrest was issued charging her with possession of a schedule 1 drug, according to the Lexington County Sheriff’s Department. Weiss, 27, turned herself into authorities on Friday.

Weiss bought a bag of mixed candy to give to her students, and on Sept. 23, two students were selected to grab a prize from the box, where one student discovered the edibles, WIS-TV reported.

“We became involved in this case Sept. 23 after receiving word a Rocky Creek Elementary School student picked a pack of marijuana edibles out of a box full of candy Weiss used to reward students,” Lexington County Sheriff Jay Koon said.

“Detectives confirmed during interviews that Weiss took the pack of edibles from the student and told him to pick something else from the box. The student went back to the box and happened to grab another pack of edibles. No student ate any of the products,” Koon confirmed.

According to WIS-TV, the student took the second pack of edibles to an after-school daycare program, where he asked a staff member to assist in opening the pack. The staff member identified the package as something other than Sour Patch Kids, and contacted the school.

Law enforcement authorities executed a search warrant at the teacher’s home the following day. Investigators reportedly discovered packs of marijuana edibles in Weiss’ residence that were similar to those found in the class reward box.

“Marijuana edibles are cannabis-based food products. They come in many forms, but the items in this case were candy,” Koon said. “They’re often packaged in wrappers and bags with logos and colors that look similar to traditional candy brands. While they are available in other states and online, they’re illegal in South Carolina.”

Weiss was reportedly “hysterical” when she was approached by her assistant principal, according to an incident report obtained by WIS-TV.

“The safety of our students is our top priority,” Superintendent Greg Little said in a press statement. “It is unacceptable for a staff member to potentially threaten the wellbeing of a child. We will continue to work to ensure all of our children have a safe environment to learn and grow.”

The Post Millennial reported that Weiss was placed on administrative leave following the incident, but resigned from her position on Wednesday.