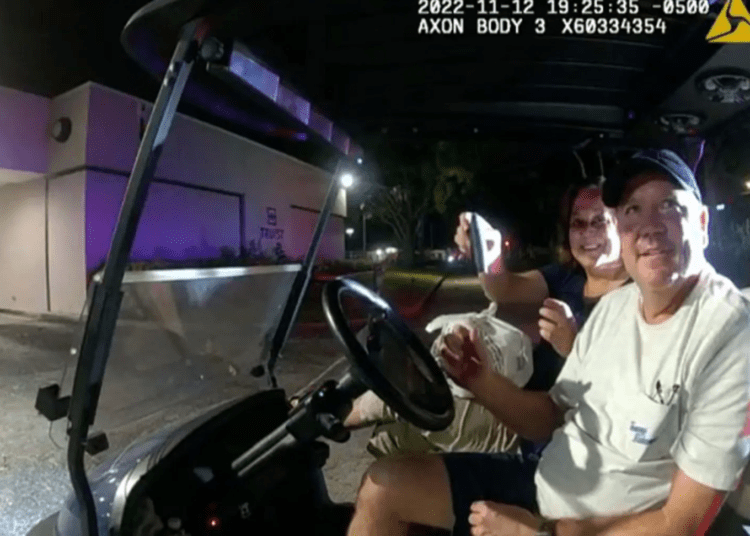 Chief Mary O’Connor of the Tampa Police Department was recorded on bodycam asking if the deputy’s camera was on and displaying her badge before saying, "I’m hoping you’ll just let us go tonight." (Screenshot Fox 13)

TAMPA, Fla. – Chief Mary O’Connor of the Tampa Police Department has resigned effective immediately following a viral video of her flashing a badge during a traffic stop and seeking favor from the deputy to “let her go.”

An internal affairs investigation revealed that O’Connor violated departmental policies when she flashed her badge at a Pinellas County deputy in November, the New York Post reported. As a result, Tampa Mayor Jane Castor requested and received O’Connor’s resignation on Monday.

O’Connor told Castor she made a “personal mistake” when she and her husband were stopped by a Pinellas County deputy for driving a golf cart without a license plate tag on Nov. 12. The 22-year police veteran — who became chief of police in March — was placed on administrative leave over the weekend, according to Fox News.

Although O’Connor was recently placed on administrative leave, it quickly turned into a resignation.

“I would never want my personal mistake to stand in the way of the progress I have made in mending relationships between the police department and the community, so for that reason, I am resigning,” O’Connor wrote in a letter to Castor.

“Whether I am wearing a badge or not, my commitment to service and oath of office will remain a part of my everyday life,” she added. “I plan to use this time to reflect and spend time with my family and children before moving on to any future endeavors.”

“Assistant Chief Lee Bercaw will serve as acting chief while a comprehensive national search is conducted” for O’Connor’s replacement, Castor tweeted, while confirming she asked the chief to resign, Fox reported.

“It is unacceptable for any public employee, and especially the city’s top law enforcement leader, to ask for special treatment because of their position,” Castor said in a statement.

Bodycam video of the stop shows the deputy explaining to O’Connor and her husband the reason they were pulled over — operating an unregistered golf cart.

The footage showed that O’Connor was riding in the golf cart driven by her husband in the seaside community of Oldsmar, Florida.

During the stop, O’Connor asked the deputy if his body-worn camera was recording. The deputy responded, “It is.”

“If you ever need anything, call me,” O’Connor said, handing the deputy her card. “Seriously.”

No citation was issued during the stop.