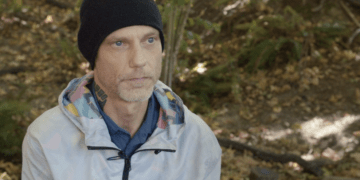 Suspect in murder of Patriot Prayer supporter shot and killed by U.S. Marshals task force trying to take him into custody

Suspect in murder of Patriot Prayer supporter shot and killed by U.S. Marshals task force trying to take him into custody 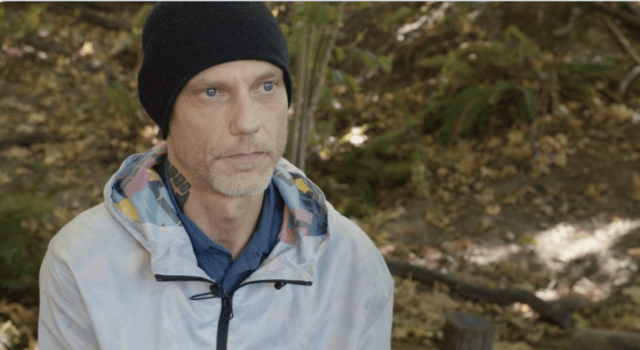 Thurston County sheriff’s Lt. Ray Brady said the Pierce County sheriff’s fugitive apprehension team, working as part of the U.S. Marshals Service Pacific Northwest Violent Offender Task Force, was in the area looking for a wanted homicide suspect when they saw the suspect come out of an apartment, to a vehicle. They said he appeared to be armed.

“The suspect came out to the car,” Troyer said. “They attempted to put him into custody and shots were fired.”

The suspect and he was later pronounced deceased at the location.

KOMO was also among many news organizations that confirmed Reinoehl was killed Thursday night by law enforcement.

They said he had a handgun. Local men Chad Smith and Chase Cutler spoke to The Olympian. They were working on cars when the shooting happened. They said the man stepped out of his vehicle and opened fire using what they believed to be an assault rifle. They heard 40 or 50 shots, and law enforcement returned fire, they said.

Reinoehl was wanted in the shooting death of Danielson in Portland on Saturday. The killing marked another chapter in violent clashes between left-wing “antifa” demonstrators and right-wing groups, like Patriot Prayer, Law & Crime reported.

Reinoehl was a regular presence in local protests and called himself “100% ANTIFA” on social media.

Antifacist activist Michael Reinoehl was killed by police as they attempted to arrest him near Seattle, hours after he gave VICE News an interview in which he appeared to admit that he shot and killed a right-wing protester. https://t.co/SgMVu4Wgug

Reinoehl denied wrongdoing. He claimed he acted in self-defense, telling VICE in an interview on Thursday that he and a friend of his thought they were going to be stabbed.

“You know, lots of lawyers suggest that I shouldn’t even be saying anything, but I feel it’s important that the world at least gets a little bit of what’s really going on,” Reinoehl said. “I had no choice. I mean, I had a choice. I could have sat there and watched them kill a friend of mine of color. But I wasn’t going to do that.”

Danielson’s friend Chandler Pappas, who was at the scene of the shooting, appeared on Tucker Carlson before news of Reinoehl’s death.

“I don’t bring my firearms downtown because I don’t go down there with the intent to hurt people,” he said. “We occasionally bring bear spray to keep them off of us. You can see in that video that big cloud of smoke. They shot him through his can of bear mace.”

He maintained that they were attacked for their political beliefs.

“Anybody who knew Jay knew him by his smile,” Pappas said. “He was the happiest, like, most compassionate, first-to-buy-you-a-drink kind of guy that you would ever meet. He got along with everybody.”

Reinoehl had been cited on July 5 at a Portland demonstration allegedly possessing a loaded gun, resisting arrest, and interfering with police. That case was later dropped.

He was also charged in June after he and his 17-year-old son allegedly raced on Interstate 84 in Washington state. They were driving separate vehicles, according to officials. The man’s 11-year-old daughter was in his vehicle, troopers said. One of the charges was unlawful possession of a firearm.

Reinoehl’s sister, who spoke to The Oregonian shortly after the death of Danielson and days before her sibling’s death, described a tense familial relationship. Her brother had been estranged from them for at least three years, had stolen their mom’s seizure medication, and would give relatives’ addresses instead of his own in order to dodge debts.

“On the one hand, this whole thing surprises the daylights out of us, because we always thought he is a lot of bark, not a lot of bite,” she said. “But he’s also been very impulsive and irrational.”