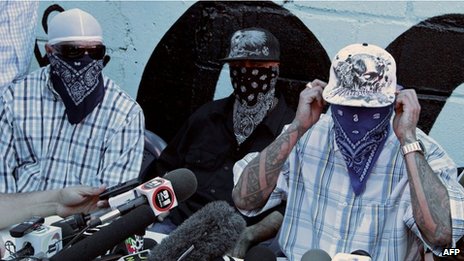 My July 2010 column (“Biker Run Tactics”) generated a lot of positive feedback. So I decided to devote this column to something that affects cops everywhere: street gang tactics.

I had the pleasure of attending a three-day FBI confab on street gang trends a few months ago. Taught by an incredible cadre of local and federal experts, the class focused on emerging gang trends, as well as enforcement strategies that departments can implement to combat this growing threat.

The conference was restricted to law enforcement professionals and entrance to the classes was by badge only, so I’m going to give you the G-rated version. Here’s why: Even though Law Officer is a subscription-only publication not available to those cop buffs and police wannabe’s you see scouring the racks of Barnes & Noble for the quasi-cop rags, I feel that keeping the heavy-duty street-gang intelligence information to a minimum is prudent.

The Gang Threats
Presently, there are about 800,000 hardcore street gang members living in the U.S. If you add in the 150,000 or so prison gang members currently behind bars and the 50,000 or so outlaw biker gang members, that’s about 1 million potential threats to officers. More than a few of these 800,000 gangbangers are third- and fourth-generation thugs. Some are as young as 8 years old.

Currently, the FBI recognizes about 40 national-level gangs. By national-level, they mean gangs that have crossed state lines to set up their criminal enterprises. The most recognizable of these national-level gangs are the Bloods, the Crips, the Latin Kings, the Gangster Disciples, Mara Salvatrucha (MS-13), Nortenos-14 and the prison gang, the Mexican Mafia.

However, it’s the emergence of the other 2,000-plus local or neighborhood street gangs that I want to focus on in this piece. This is because the FBI feels it’s these local gangs that pose the greatest threat to law enforcement today.

Recognizing You Have a Problem
Every city has a gang problem, either from national-level or homegrown gangs. My hometown of Rochester, N.Y., has the G-Boyz and the Tremont Street Gang. Tampa, Fla., has the 54th Avenue Gang. Miami has the 77th Street Gang, and Los Angeles has had the 2,000-plus member Florencia (or F-13) gang operating in parts of their city for years. You know who your local gangsters are. Municipalities that claim not to have a gang problem are in denial: They’re delaying the plague that these street vermin bring to the communities they reside in, which is the first step to being overrun with gang crime.

Gangs are a $5-billion-a-year business. Street-corner drug dealing, drive-by shootings, home invasions, robberies, car-jackings and school violence—not to mention the graffiti and sneaker-adorned telephone wires that gangs use to mark or tag their territory—are just some of the more outward signs that gangs have set up operation in your town.

Law Enforcement’s Approach
History’s shown us that traditional law enforcement tactics haven’t worked to curb criminal gang activity. Just taking down one or two gangbangers for individual crimes still leaves the gang active and operational. Even if you’re lucky enough to nab a gang leader, most still have the juice to run their criminal enterprise while locked up.

Remember: There are almost 150,000 prison gangbangers behind bars, and most prison gangs are just off-shoots of street gangs. Unless the entire gang is disrupted and dismantled, those on the outside are still active and able to keep their illegal enterprises operational. Also, just taking down one or two gang members gives the appearance to the gang that their local police agency is inept and ineffective in completely shutting down their operations.

So what’s the answer? Recognize these gangs for what they really are: criminal enterprises. Many small- to medium-sized cities that don’t have the manpower or funds to create their own full-time gang units have established Multi-Agency Gang Task Forces (MAGTF). These task forces comprise federal agents (mostly FBI, but sometimes ATF, Postal Inspectors and DEA agents) and local cops. By including the feds, these taskforces benefit from the expertise the FBI has in prosecuting large-scale criminal enterprises via the RICO statutes.

They can also take advantage of equipment and funds the feds have at their disposal. The asset forfeiture that goes along with federal prosecutions of cash, guns and cars that these gangs possess is just icing on the cake. But the real benefit of MAGTF—besides the show of force they bring during any arrest—is the intelligence other local cops bring to the table.

Pieces of the Pie
Although there’s no doubt the feds have the tools and funds, nobody knows your turf better than you do. School Resource Officers (SROs) are in the presence of potential, sometimes current, gangbangers every day. SROs see the faces, know the street names and see the social activities of these members on a daily basis.

Your correctional officers know the real names of the members and most likely will have full-face photographs and pictures of their gang tattoos, as well as a list of visitors.

Parole and probation officers are also an incredible source of intelligence on these people as they pass through the criminal justice system. They may have monthly or even weekly contact with them, and may have even performed home visits.

And, of course, you and your officers, who fill out the field investigations during your street or traffic stops, have valuable data on the cars gang members drive, the folks they hang out with and the places they visit.

Law Enforcement Isn’t Immune
Here’s a tidbit worth mentioning that will piss off a lot of cops. It’s long been accepted that gangbangers have been infiltrating the military for years now. All five branches have been targeted by the major gangs for not only the weapons training, but the assault tactics taught during basic and advanced training. In fact, military trucks, buildings and walls lining the streets of some of our own military installations are replete with street-gang graffiti.

Now, the dirty secret: Law enforcement isn’t immune to the street-gang infiltration either. In fact, last year, the DEA agent in charge of a local drug taskforce was found to be a high-ranking street-gang member who was actually planning to take down an armored car with a group of his fellow bangers. Luckily, his plan was discovered before it could be put into operation.

Recently a law enforcement agency in southwest Florida was targeted for infiltration by a local gangbanger who’d completed almost all of his pre-employment exams for the police academy—his physical, the Minnesota Multiphasic Personality Inventory, his physical agility tests, even his background checks were just about done. If it wasn’t for the sharp eyes of a local street cop who recognized the homemade gang tattoo on the subject’s forearm, this guy might be in the academy as we speak, training on the firing range or even working his way through the FTO program.

Emerging Trends
Lastly, a word on what the FBI says are the two latest emerging trends involving street gangs: all-girl gangs and Haitian gangs. Historically, 80% of all street gangs have been male. However, the gang experts who presented at this conference indicated that all-female gangs, some made up of white 14–16-year-olds, have become common across the U.S., and, according to the FBI, will be established in every American city by 2020. BWA (Bitches with Attitude) is one of the most visible. Many of these young girls are from middle-class homes, work after school and, in reality, are part-time gangbangers living at home with mom and dad. They’re most visible at school functions, on Facebook, MySpace and YouTube. Your SROs are probably the most valuable source of intelligence on these all-girl gangs.

Haitian gangs are also becoming much more prevalent in the U.S., especially after the tragic earthquake there last year. The mass influx of thousands of presumed orphaned children brought with it members of several violent street gangs, some actually posing as the parents of the children to gain entrance into the U.S. Florida has seen the majority of these bangers, with more than 50 Haitian gangs now identified throughout south Florida. Many of these Haitian street gangs are becoming Americanized and starting to adopt hand signs, tattoos and specific styles of dress, mostly black-and-white T-shirts, something they didn’t do in their home country. Like our Midwest, east and west coast gangs, they recognize the benefit of expansion into other states. Names such as 64th Street Outlaws, 1-Way, NFL (Niggas for Life), NTO (Niggas Taking Over) and the violent Zoe Pound gang may be coming to a town near you soon.

These Haitian gangs differ from most others in that they combine males and females, have no rules, no real leader, no designated turf (except for drug dealing) and their only goal is to make as much money as fast as possible. Street gangs were generally allowed to exist and operate openly in Haiti because they networked with the government officials there. In fact, many Haitian police officers were members of these street gangs.

Haitian gangs prefer long guns—AK-47s, AR-15s and SKSs—but high-capacity semiautomatic pistols are also popular. Shooting scenes you respond to will probably contain dozens of spent casings—spray and pray is their mentality. It’s just too bad if an innocent gets in the way. Few of these gangbangers work, most just exist day-to-day.

Summary
The biggest enemy in combating street gang violence is denial: Communities, city officials, even some police chiefs simply refuse to accept that gangs have moved in or are residing in their midst. Many simply view gang graffiti as vandalism. They look at the stylized dress of a group of young people as a phase, and hand signs and handshakes as innocent communication. By the time the city leaders admit and accept that they have a gang problem, it’s already too late. The gang has become entrenched, set up shop, laid out their territory and started recruiting new members.

However, if law enforcement takes a proactive approach to addressing gang crime through MAGTFs and not just investigating gangs on a case-by-case basis, they can minimize the negative impact street gangs have on local municipalities.

Coming to Your Town
According to the FBI, these threats are on the rise.

All-Female Gangs: Often middle-class girls, 14–16 years old, who are in school and maybe even holding down a job—all while gangbanging on the side.

Haitian Gangs: Often former Haitian police officers and gang members who have relocated to the U.S., Haitian gangs differ from traditional American gangs: They might not have a recognized leader; they integrate men and women; they’re familiar with heavy weaponry; and money determines their behavior almost exclusively.