'Our police do the hardest job in the world, and they deserve respect,' says Sen. Mike Braun 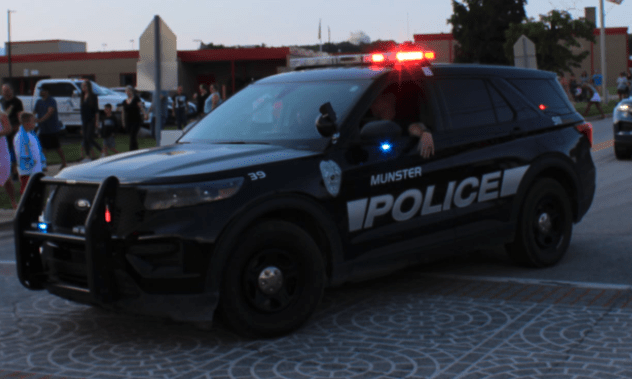 INDIANA — Chicago police officers as well as other law enforcement professionals in Illinois who may soon be unemployed due to COVID-19 vaccine mandates can look to their neighbors in Indiana for less stringent requirements, according to Sen. Mike Braun, R-Ind., who says the officers “deserve respect.”

“Our police do the hardest job in the world, and they deserve respect — not losing their pay or being fired for refusing to comply with a ridiculous vaccine mandate,” Braun said during an interview with Fox News.

Chicago police officials made it clear last week that officers who refused to comply with the city’s mandate risk being disciplined or fired. Chicago Police Supt. David Brown even threatened to withhold retirement credentials from officers choosing to retire in lieu of receiving the COVID shot, Law Officer reported.

As of Monday, just under 65% of CPD personnel reported their vaccination status through the city’s online portal, according to FOX 32 Chicago.

Braun says the state of Indiana is welcoming officers with arms wide open, urging the “3,000 Chicago cops defying this government overreach” to come to the Hoosier State.

“Indiana’s police departments are hiring now and will welcome you with the respect you deserve,” Braun told Fox News.

“My office stands ready to help connect Chicago police officers to an Indiana police department that is hiring now and doesn’t have a vaccine mandate,” Braun said. “Welcome to Indiana!”

Steve Scheckel, chief of police in Munster, Indiana, insists there is a “brighter future right over the border” for officers who are under scrutiny for their views on vaccine mandates. The chief noted that his agency has already hired one individual from Chicago.

“We’ve been seeing more and more Chicago police officers when we do an emergency hire, which is basically a lateral transfer. They already have the academy” Scheckel said during an interview with Fox, adding that he is “absolutely” open to the idea of working alongside officers “looking for a better quality of life for their family” who may have lost employment due to the politics of COVID.

Scheckel pointed to some of the benefits and opportunities in Munster, such as education, the cost of living, tax rates and low-crime rates.

“Here in northwest Indiana, in Munster, we have one of the top rated school systems in the state,” Scheckel said. “[Officers] can send their kids to public school. It’s a low-crime community. Even though we’re 30 minutes from Chicago, we’re rated one of the 10 safest cities in the state of Indiana. So, it’s really just a step across the state line to a better life for the officer.”

“From the governor on down, in Indiana, we support our law enforcement,” said the 30-year police veteran, serving as police chief for 13 years. “I think there’s a clear contrast between what’s going on in the city of Chicago right now and what’s happening in the state of Indiana.”

After experiencing “trying and stressful” times in the past few years, Scheckel said the “mandates that really aren’t rooted in science” appear to be “politically motivated” and suggested they are the “straw that broke the camel’s back.”