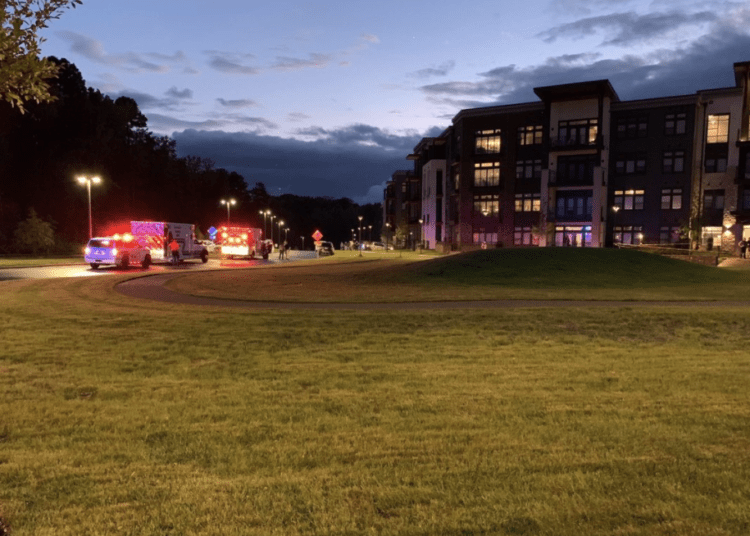 LANCASTER COUNTY, S.C. — A deputy with the Lancaster County Sheriff’s Office in South Carolina was wounded and an armed suspect was killed during an exchange of gunfire Friday evening, authorities said.

Investigators said the incident occurred at The Court at Redstone apartment complex in the 3000 block of Fast Lane in Indian Land, Fox 46 Charlotte reported

Lancaster County Sheriff’s deputies were executing a search warrant at the apartment unit, according to the South Carolina Law Enforcement Division (SLED). The warrant was related to a missing person investigation. At some point, shots rang out, authorities said.

#BREAKING: The Lancaster County coroner confirmed she is responding for a deceased person at the Court on RedStone Apartment complex. There’s a huge police and EMS presence. We are working to confirm info. @wcnc pic.twitter.com/zhV90D62Iy

The armed combatant died at the scene. The deputy was transported to a local hospital; status not provided during preliminary press information.

“When requested to investigate an OIS, SLED’s goal is to conduct a thorough, independent criminal investigation as timely as is possible under the circumstances. SLED agents will conduct interviews with all potential witnesses in this matter. Further, SLED will collect all relevant evidence and will forensically test such evidence as needed,” according to a press statement.

#BREAKING Officials from the Lancaster County Sheriff's Office tell us a deputy from the sheriff's office has been shot – very limited information right now. This is near The Court at Redstone apartment complex in Indian Land. Photo from @JohnSparksNews @WBTV_News pic.twitter.com/fIR8ZKTVlu

Further details were not immediately available at the time of publication.