'It's not a solution' 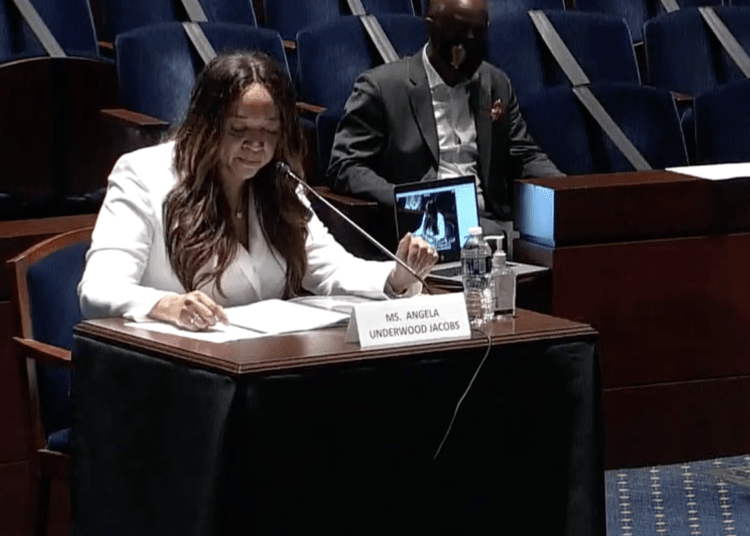 The sister of a federal protective officer in Oakland who was fatally shot during a protest for George Floyd that turned violent told Congress on Wednesday calls to defund the police are “ridiculous.”

“It is a ridiculous solution to claim that defunding police departments is the solution to police brutality and discrimination because it’s not a solution. It gets us nowhere as a nation and removes the safety net protection that every citizen deserves from their communities elected officials,” Angela Underwood Jacobs said at the House Judiciary Committee’s hearing on proposed changes to police practices on Capitol Hill.

Jacobs’ brother, Dave Patrick Underwood, was stationed in front of the U.S. Courthouse in Oakland Calif., on May 29 when a vehicle pulled up to the building and opened fire at him and another contract security officer who both worked for Homeland Security’s Federal Protective Service. Underwood was killed while the second officer was wounded.

Fox News reported that not all Democrats are on board with the idea to “defund” police departments as lawmakers are seeking legislation to pass sweeping reforms aimed at tightening accountability by police departments for uses of force. Moreover, they are talking about banning the carotid restraint maneuver, tear gas, and pepper spray.