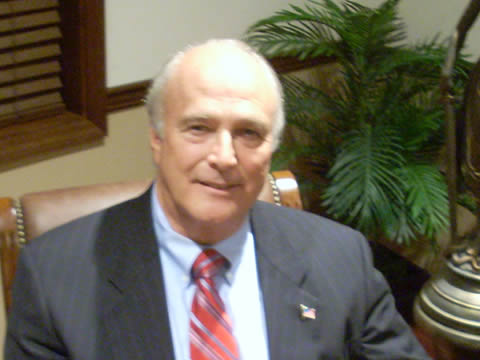 The lawsuit stems from a letter Gmoser wrote last year, in which he described Jasen Hatfield as a “rogue deputy” and suggested a criminal investigation into his behavior. Gmoser wrote the letter to Butler County Sheriff Richard K. Jones on July 6.

Cincinnati.com reports that in a complaint filed Thursday in the county’s Common Pleas Court, Hatfield asked for at least $25,000 in damages from Gmoser. He claims in the lawsuit Gmoser’s letter created a hostile environment for him in Butler County – even though a departmental review later “exonerated” him of any wrongdoing.

The prosecutor was referring to a complaint from a citizen that had picked up a friend from a bar and was driving him home when Hatfield allegedly pulled them over in December 2014.

The suspect was charged with operating a motor vehicle under the influence, crossing marked lanes, improper turn and improperly handling firearms in a vehicle.

All of those charges were eventually dropped, except the charge of improperly handling firearms in a vehicle.

The lawsuit claims Gmoser knew or should have known the information provided to him was false. It also claims the prosecutor has done nothing to make the situation right since.

Gmoser’s letter is still in Hatfield’s personnel file, the lawsuit says, which has made it difficult for the deputy to transfer to another police department. As of Monday afternoon, no future court dates had been set.