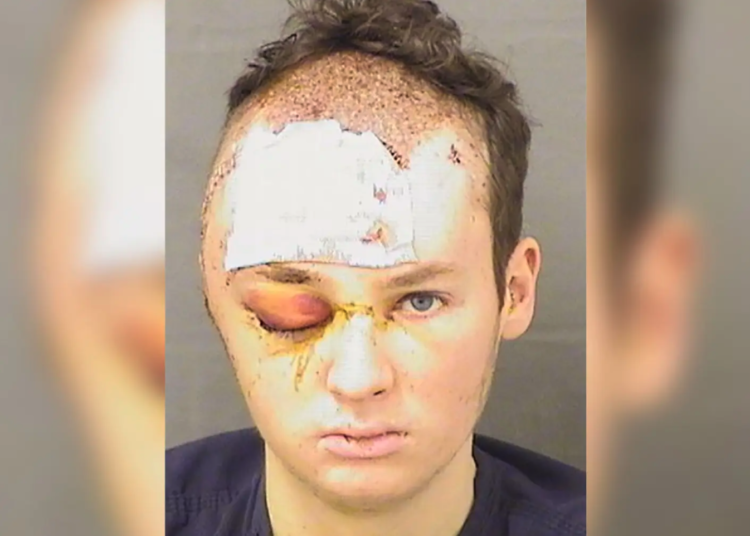 Accused kidnapper and rapist Tzvi Allswang is seen with a massive head wound after a deputy shot him to free a hostage. (Palm Beach County Sheriff's Office)

BOCA RATON, Fla. – A man accused of holding his therapist hostage while repeatedly beating and raping her in his Florida home was shot in the head by a sergeant in a heroic effort to free the woman following a harrowing, 15-hour ordeal, authorities said.

The suspect was identified as 20-year-old Tzvi Allswang. Although he sustained a gunshot wound to the head, he survived and was subsequently booked into the Palm Beach County Jail on Wednesday, the sheriff’s office said.

Deputies responded to Allswang’s residence in Boca Raton around 6:30 p.m. Saturday after receiving a call from the victim’s partner, asking them to conduct a welfare check.

The New York Post obtained a probable cause affidavit that said the caller told the sheriff’s office that her partner failed to return home from a client’s house following their therapy session.

Deputies responded to the residence and heard a woman screaming for help. As a result, they forced entry and began to clear the home. As they reached the master bedroom, deputies found Allswang standing inside a closet and holding a knife to the woman’s throat, authorities said.

Allswang refused repeated commands to drop the knife. Consequently, Sgt. William Nogueras fired one round, striking the suspect in the head, allowing the hostage to free herself from the peril that she encountered.

Sgt. Nogueras is a 14-year law enforcement veteran. He is currently assigned to the K9 unit.

Law enforcement authorities said the woman was beaten and repeatedly raped by Allswang. She was transported to a hospital for medical treatment. She was treated for several injuries, including head trauma. She is reportedly in stable condition.

During an emotional interview with investigators, the woman relayed her traumatic ordeal after going to Allswang’s home to conduct a therapy session last Friday evening.

The hostage taker faced a sexual battery charge as a juvenile, something the therapist was aware of. 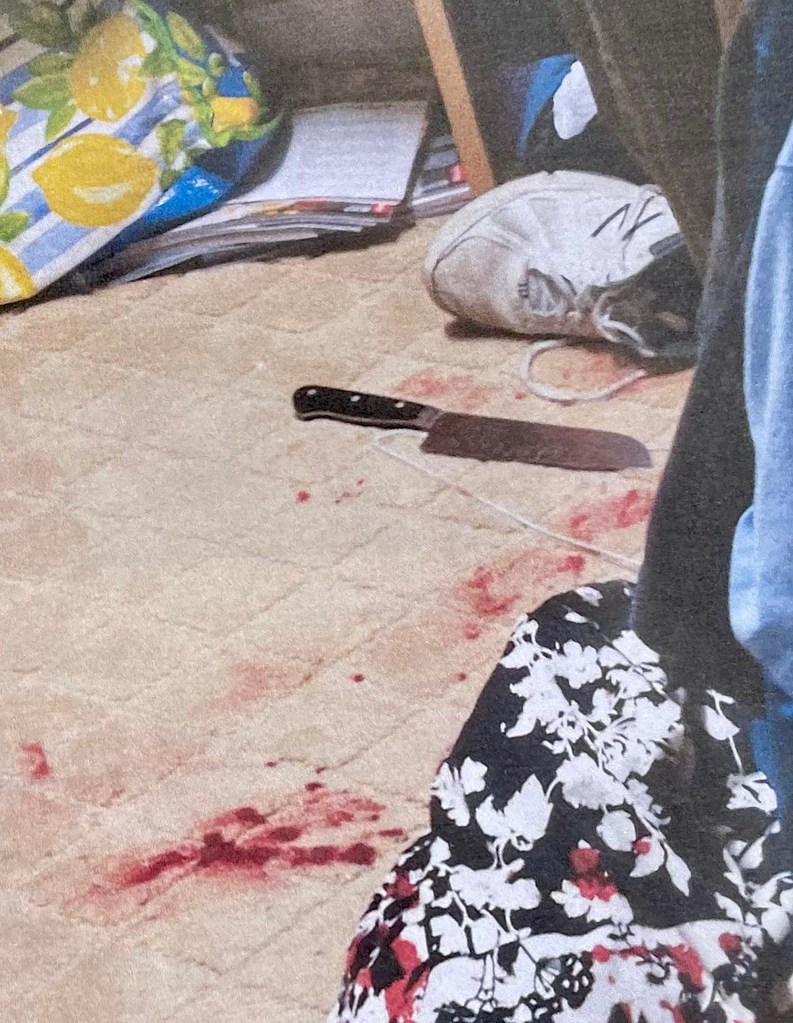 A large kitchen knife and blood were discovered inside the suspect’s master bedroom after he was shot by a sergeant. (Palm Beach County Sheriff’s Office)

As the therapy session concluded, the woman said Allswang placed her in a “bear hug” and told her she could not leave. Moreover, he took the woman’s phone and bound her hands behind her back with duct tape, according to the affidavit.

“During the course of the night she pleaded numerous times for him to let her go and he said that he was not going to let her go,” the court document said.

Allswang reportedly carried out a brutal beating of the therapist. Furthermore, authorities said he bit her nipple and raped her “multiple times,” including with a vibrating massager, which the victim said “really hurt her.”

The victim did not think she would survive the lengthy ordeal. She told detectives that on several occasions during her captivity, she thought Allswang was going to kill her, the Post reported.

As deputies arrived at the home, Allswang placed a large kitchen knife against her throat and warned her to remain quiet “or he would cut her throat,” she said, according to court documents. 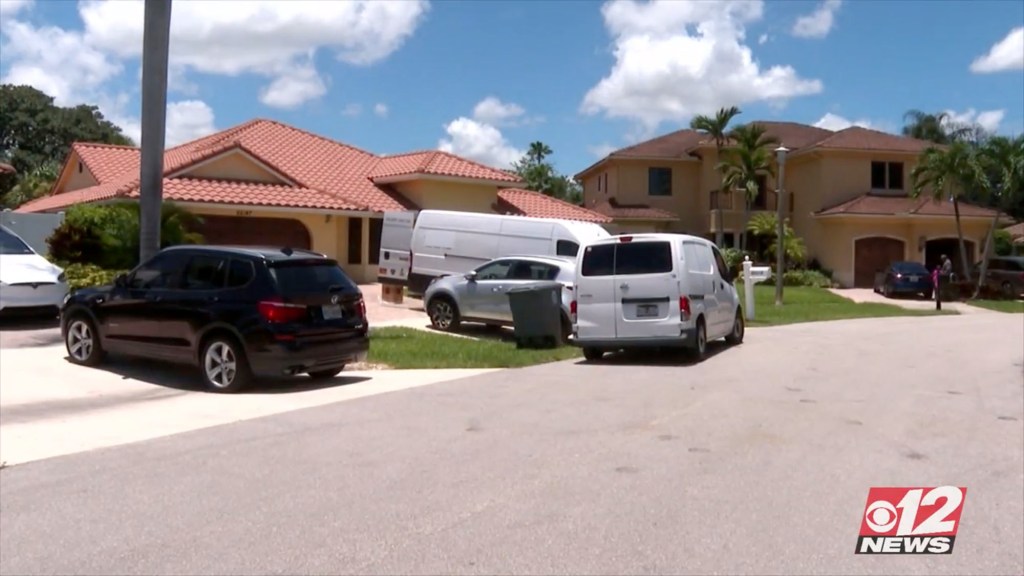 Allswang’s graphic booking photo shows him with severe swelling to his bandaged head and bruising on his right eye. He faces several charges, including attempted murder, four counts of sexual battery with force, and kidnapping.