Paul Augustin was taken into custody and charged with aggravated assault 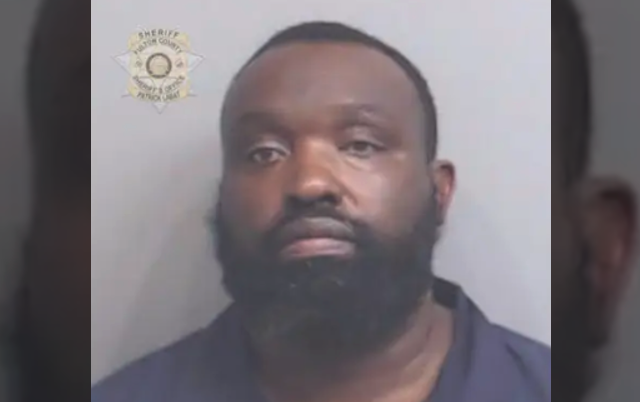 ATLANTA – An Atlanta police officer was wounded by gunfire from a security guard in northwest Atlanta Thursday morning and is in the hospital after responding to a call of a possible burglary at the “A Ma Maneire” shoe store on Marietta Street, according to police.

Law enforcement investigators said when officers arrived at the store, they went to the rear of the business where they discovered burglars had broken through a back wall. The suspects responsible for the burglary fled on foot, Yahoo News reported.

However, while that was happening, police said a security guard fired one shot. The round struck the officer who was transported to Grady Memorial Hospital where he was reported to be in stable condition, according to WSB-TV.

“We’re currently speaking with him, reviewing video and looking at all aspects to give us the clearest picture of what transpired this morning,” said Assistant Police Chief Darin Schierbaum on Thursday.

The officer was wounded in the leg. Police said officers rushed to apply a tourniquet before the injured officer was taken to the hospital, FOX 5 Atlanta reported.

The officer was not identified, but officials said he is a four-year veteran.

According to APD, Augustin, 41, was booked at the Fulton County Jail. He faces charges, which include aggravated assault, possession of a firearm during the commission of a felony and reckless conduct in relation to shooting the police officer.