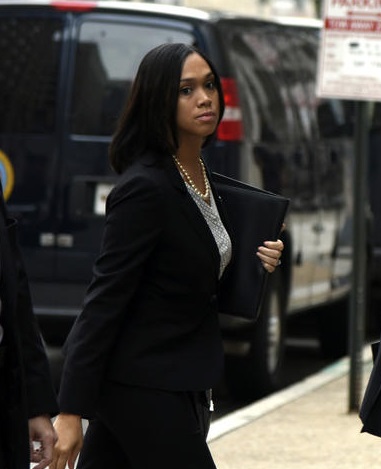 The judge overseeing the trial of a police officer charged with murder in the death of Freddie Gray has determined that prosecutors withheld information that would have been beneficial to the defense.

Judge Barry Williams was visibly angry in the Baltimore court, but he did not dismiss the charges against police officer Caesar Goodson, as his attorneys had requested. Williams is giving prosecutors until Monday to disclose any other relevant evidence they have withheld. Goodson was the driver of the van during the arrest of Gray, 25, last year.

Goodson’s attorneys have argued that prosecutors withheld statements made last year by Donta Allen, a key witness. Allen was picked up by the Baltimore police van after Gray.

In his original statement to police in April last year, Allen said he heard banging coming from Gray’s side of the vehicle. He gave a similar statement in a separate interview with prosecutors a month later, but the state never turned it over as evidence to defense attorneys. Williams found today that prosecutors committed a Brady violation — after Brady v. Maryland, a 1963 Supreme Court decision requiring prosecutors to disclose evidence that would aid the defense — because Allen’s May 2015 statement was deemed exculpatory evidence.

“The state doesn’t get to decide whether or not to disclose information,” defense attorney Andrew Graham said. “The state sat on it for over a year. It’s not up to them to make that decision. Even a small piece of evidence may make a difference. It’s not fair to the defense.”

Goodson’s trial is arguably the highest-profile of the cases; he is the only officer involved in Gray’s death facing a murder charge. Officer William Porter’s trial ended with a hung jury in December, and he will be retried in September. Officer Edward Nero, who opted for a bench trial, was acquitted last month.