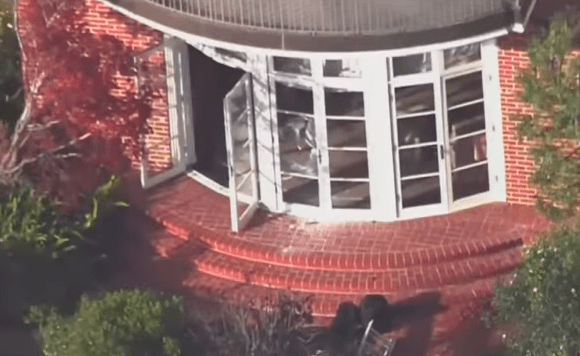 SAN FRANCISCO – Prosecutors in San Francisco overseeing the case of the disturbed man who reportedly attacked House Speaker Nancy Pelosi’s (D-CA) husband Paul Pelosi in their home last week have declined to release any footage from the incident.

Prosecutors “are refusing to release police bodycam and surveillance footage” from the mysterious incident late last month involving David DePape, the Daily Mail reported. The 42-year-old man is accused of breaking into the Pelosi home, searching for Nancy Pelosi, and later bashing Paul Pelosi’s skull with a hammer.

“Mr. Pelosi opened the door, they were both holding a hammer and the police observed Mr. DePape pull that hammer away and then strike Mr. Pelosi,” District Attorney Brooke Jenkins said. “That is the most that we’re going to say at this point. Our job is not to try this case in the public or in the press. It’s to try it in a courtroom.”

However, as details continue to emerge about the attack, it becomes more strange and does not appear to be as originally reported, and some in the media are doing everything they can to hide those unusual circumstances.

In fact, NBC reported on Friday that Paul Pelosi answered the door for responding officers and did not declare an emergency, citing sources at the San Francisco Police Department, Law Officer reported.

Once Pelosi opened the door he stepped back into the house “several feet” toward the assailant rather than stepping outside to a position of safety and telling officers what was happening. Those details were broadcast by NBC News and quickly deleted after it ran.

Nancy Pelosi was not home during the Oct. 28 incident and security cameras at the residence were not being monitored by U.S. Capitol Police, according to ABC News.

The criminal complaint in the case said that DePape had zip ties, rope, and tape in a backpack and that he viewed Nancy Pelosi as the “leader of the pack of lies told by the Democratic Party,” the Daily Wire reported.

“If she were to tell DePape the ‘truth,’ he would let her go and if she ‘lied,’ he was going to break her kneecaps,” the complaint reads. “By breaking Nancy’s kneecaps, she would then have to be wheeled into Congress, which would show other members of Congress there were consequences to actions,” it alleges DePape told authorities.

Furthermore, many in the media initially tried to conjure-up a narrative that DePape was a wacky right-wing espouser, yet he appears to be the opposite. He remained illegally in the U.S. on an expired visa, according to an ICE source, living in the sanctuary city of San Francisco, and was widely known as a progressive unhinged person by all who knew him.

Heavy.com highlighted a tweet from Mission Local journalist Joe Eskenazi that noted DePape was a “former Castro nudist protester,” and an article by the San Francisco Chronicle in 2013 described DePape as a “hemp jewelry maker.”

CNN reported that DePape had made several posts on social media related to conspiracy theories, and three of his relatives told the news outlet that DePape has been estranged from his family for years.

Furthermore, an acquaintance also told CNN that DePape sent her emails that seemed “out of touch with reality,” while his ex-girlfriend said he suffered from mental illness and believed “he was Jesus for a year.”

DePape “is a broken child in an adult body with serious mental problems,” his ex-girlfriend told the San Francisco Chronicle. She also noted that DePape fervently agreed with her on a variety of leftist issues.