NBC has now deleted the story 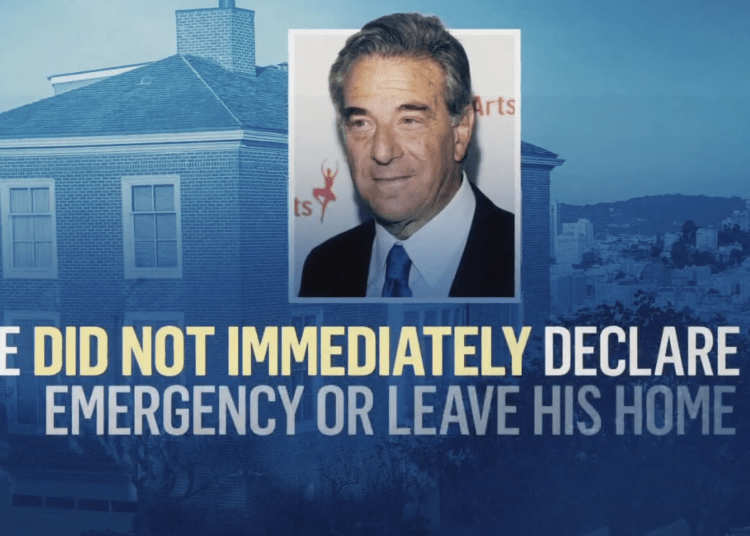 SAN FRANCISCO – As details continue to emerge in the attack on Paul Pelosi last Tuesday, the incident becomes more strange while the media is doing everything they can to hide those strange details. In fact, what will surely get one NBC producer fired was a report from earlier today that cited sources inside the San Francisco Police Department that Paul Pelosi answered the door for responding officers and did not declare an emergency.

Once Pelosi opened the door, rather than running outside and telling officers what was happening, Pelosi stepped back into the house “several feet” toward the assailant. Those details were broadcast by NBC News and quickly deleted after it ran.

Local affiliates did pick up the story and as of this writing, the video is still online.

After Pelosi went back into the house, toward the assailant, he was then attacked.

None of these details change the fact that the suspect is a complete lunatic and happens to be an illegal alien, permitted to stay in the sanctuary state of California long after his visa had expired. But the report by Miguel Almaguer does raise plenty of questions.

Those questions will likely never be answered and the public at large will continue to be told to shut up with the “conspiracy theories” and simply believe that a MAGA loving Republican tried to kidnap and kill Nancy Pelosi. An odd story considering that the suspect lived in San Francisco and was widely known as a progressive crazy person by all that knew him.

As we previously said, there needs to be more transparency on an incident of this magnitude and the San Francisco Police can start by releasing the body camera footage. They have refused and because of that, the complete details should be questioned by all.