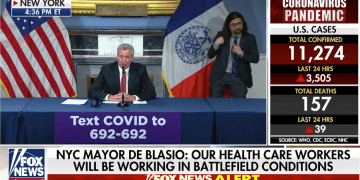 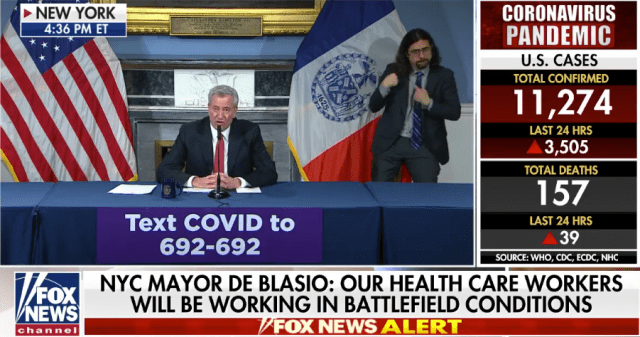 NEW YORK – New York City prosecutors blasted Mayor Bill de Blasio after he appeared to go back on a vow that domestic violence and sex offenders would not be included among those released from the Rikers Island correctional facility due to the coronavirus pandemic.

A compilation of district attorneys from Manhattan, Brooklyn, Queens, the Bronx and Staten Island, as well as the city’s special narcotics prosecutor, said that while they agreed to release hundreds of people due to health concerns, they had serious concerns with some of those recommended for release by de Blasio’s administration.

“We were assured that the release would not include those serving time for domestic violence or sex offenses, given the risks to victims,” said the letter to de Blasio and Department of Corrections Commissioner Cynthia Brann, obtained by Fox News. “Unfortunately, we later learned that such individuals were indeed included in the ranks of those to be released.”

The prosecutors said they “have communicated our concerns, but these concerns have not always been heeded.”

“To be clear, we fully appreciate the unique risks that the COVID-19 virus poses in our jails, and we agree that the number of those incarcerated must decrease to limit the spread of the virus on Rikers Island and in other facilities,” the letter said. Despite this, the prosecutors asserted that the way the releases are being managed has not taken into account inmates’ needs for supervision, housing or support services, which will “only compound the possible health, safety and other risks, both to the communities and to the individuals at issue.”

The letter goes on to claim that the city’s actions have given the public the false impression that officials cannot provide for the health needs of those still incarcerated.

“Even at this difficult time, our society must have the ability to safeguard those who are incarcerated, to avoid violating their rights or endangering the community,” the prosecutors said. “In short, we should not have to make release decisions that we know will put communities at risk.”

Fox News reached out to de Blasio’s office for comment, but they did not immediately respond.

Staten Island District Attorney Michael McMahon went further with his criticism of the mayor in an editorial published on SILive.com. The prosecutor accused the mayor’s office of catering to “so-called criminal justice reform advocates” who post on social media.

“Sadly, the mayor and his administration have continued to ignore the advice of district attorneys’ offices, choosing instead to pander to these defense attorney-led groups, and have now pressured the DA’s to review and consent to the release of defendants charged with these serious crimes as well,” McMahon wrote.