In addition to missing teeth the correction officer also suffered head lacerations and a black eye. 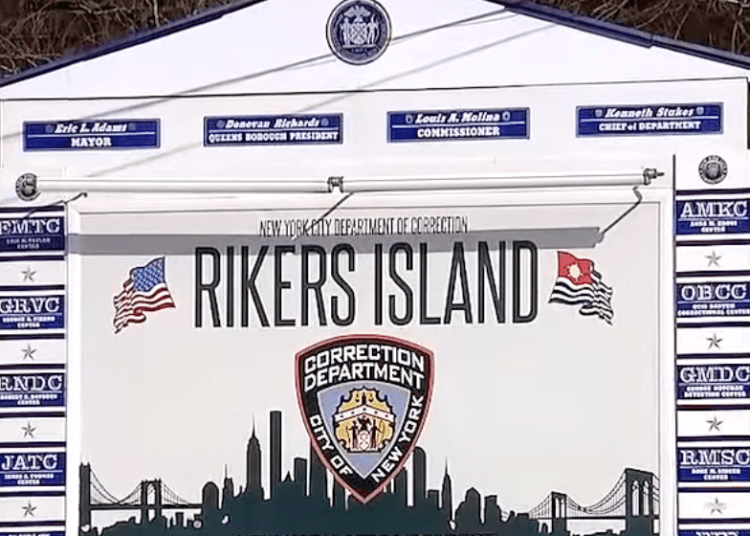 NEW YORK – A New York City correction officer at Rikers Island was severely beaten on Wednesday by a man in custody for murder, authorities said. The attack left the officer with 10 of his teeth missing, head lacerations, and a black eye.

Inmate Julius Allen, 23, reportedly attacked the correction officer around 12:50 p.m. while he was searching for contraband. During the search, Allen began striking the Rikers’ employee, knocked him over, and continued to beat him as he was on the floor. Eventually, two other correction officers at the jail intervened and stopped the attack, the Post Millennial reported.

“This incident was an abhorrent, unprovoked assault on a Correction Officer who was doing his job and carrying out his duty. We are pursuing re-arrest of the person in custody responsible,” the Department of Correction wrote in a statement. “Assaulting a staff member in a jail is as much a crime as it is out in the community, and attacks on our staff will never be tolerated.”

Allen is at being held without bail at Rikers on a murder charge from February 27. He is accused of fatally shooting Anthony Ponce, 26, in the torso and head inside the fifth-floor hallway of a Brooklyn building. His next scheduled court appearance regarding the murder charge is February 2023.

New charges for the attack on the correction officer are pending, according to the Post Millennial.

Benny Boscio, president of the Correction Officers’ Benevolent Association, said, “This heinous, unprovoked attack on our officer who was simply doing his job comes at a time when over 1,200 officers have been assaulted.”