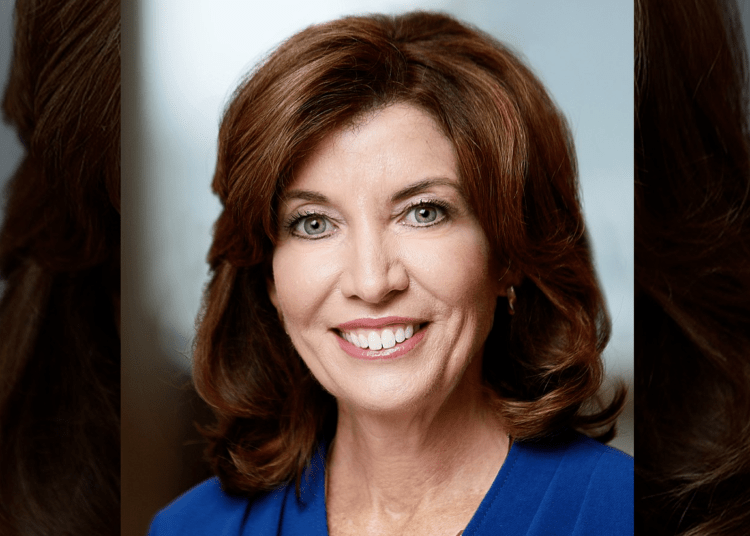 NEW YORK — Newly minted Gov. Kathy Hochul on Friday said she was ordering the immediate release of 191 inmates who are locked up on Rikers Island for what she called “technical” parole violations.

Hochul made the announcement before signing into law the “Less Is More Act” that will halt officials from re-incarcerating felons for violating “technical” terms of their parole, like dirty drug or alcohol tests, etc., according to the New York Post.

Republican leaders in the state Legislature have bashed the new measure.

“At what point are New York Democrats going to assist crime victims or keep dangerous people behind bars?” Assembly Minority Leader Will Barclay (R-Syracuse) said in a statement to The Post.

“If there are responsible ways to improve the system, let’s make it work,” Barclay went on. “But the pendulum has swung too far away from public safety for far too long. The same people advancing and celebrating every pro-criminal policy are oddly quiet as crime rates soar and bullets are flying through the streets.”

Originally, the measure was set to go into effect on March 1, but Hochul said the ongoing crisis at Rikers calls for immediate action, Fox News reported.

Hochul said the inmates she was releasing “have served their sentences” for the crimes they committed and “do not need to be incarcerated.”

Hochul also said 65 percent of the parolees sent back to prison in New York had only committed “a very technical violation” and that several Southern states “are ahead of us on this.”

“New York incarcerates more people for parole violations than anywhere in the country,” she said.

“That is a point of shame for us and it needs to be fixed.”

Moreover, Hochul is ordering the transfers of around 200 inmates from Rikers to other facilities amid recent admissions by city Correction Commissioner Vincent Schiraldi that planned reform efforts can’t be achieved under the existing conditions.