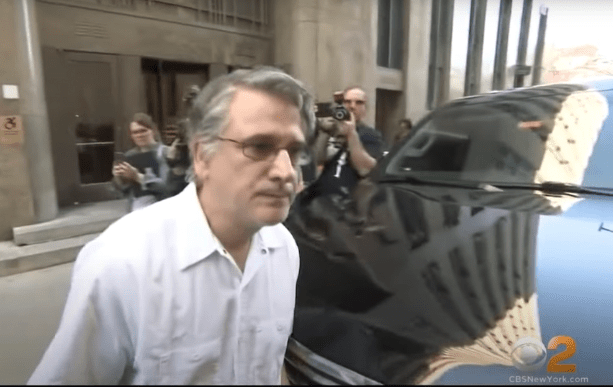 NEW YORK – A former pain management doctor was convicted by a jury of raping, abusing and sexually assaulting six of his patients after he got them hooked on opioids, Law Officer reported in July. Now, neurologist Ricardo Cruciani is dead after reportedly hanging himself.

Cruciani, 68, died of a suspected suicide at Rikers Island on Monday morning, two weeks after he was found guilty of the sexual offenses. He was discovered in the shower area of the New York City jail facility with a sheet around his neck, The New York Times reported. Medical personnel responded, but he was pronounced dead approximately an hour later.

The medical professional-sex deviant was found guilty by the New York jury on a dozen charges, which include one count of predatory sexual assault, one count of attempted rape in the first degree, one count of sexual abuse in the first degree, two counts of rape in the third degree, and seven counts of criminal sexual act in the third degree. He was scheduled for sentencing Sept. 14. The predatory sexual assault charge standing alone is punishable by up to life in prison, Law&Crime reported.

An official familiar with the situation told the New York Times that Cruciani was housed in general population of the understaffed Eric M. Taylor Center.

Another official told the news outlet that Cruciani entered the shower area at 4:23 a.m. A correctional officer found him unresponsive at 5:35 a.m.

Although the area is supposed to be checked by jail personnel every 30 minutes, the official did not know if that had been the case Monday morning, Fox News reported.

New York City Department of Corrections Commissioner Louis Molina said in a statement that he was “deeply saddened” about the custodial death, according to the New York Times.

“We will conduct a preliminary internal review to determine the circumstances surrounding his death,” he said. “Our thoughts and prayers go out to his loved ones.”

During trial, prosecutors described Cruciani as a sex-deviant who groomed patients and overprescribed painkillers and then demanded sexual favors. One woman said he “didn’t finish writing my prescriptions until I did something for him.”

Cruciani continued to deny the charges despite overwhelming testimony from his victims. His attorney, Fred Sosinsky, said following the verdict that he was going to appeal the decision.

Prior to the suicide, federal prosecutors planned to take a swipe at him in a trial next year since his crimes crossed state lines, according to Law&Crime.

In the upcoming federal case, which is no longer necessary, Cruciani was charged with five counts of enticement and inducement to travel and engage in unlawful sexual activity, each of which carried a maximum 20-year sentence.