The physician got women hooked on opioids, which facilitated his crimes 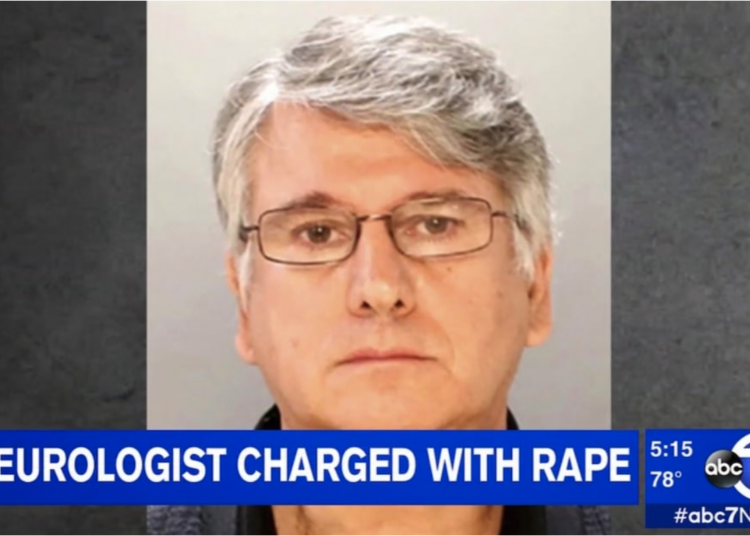 NEW YORK – A former pain management doctor and neurologist has been convicted by a jury of raping, abusing and sexually assaulting six of his patients after he got them hooked on opioids, the Manhattan District Attorney’s Office announced on Friday.

Cruciani, 68, is scheduled for sentencing Sept. 14. The predatory sexual assault charge standing alone is punishable by up to life in prison, Law&Crime reported.

“We entrust doctors to respect our bodies and health when we go to them for help, yet Dr. Cruciani utterly violated that duty. Dr. Cruciani left in his wake six survivors who continue to suffer from debilitating diseases, and now, years of trauma,” DA Alvin Bragg said in a published statement. “Although we can never undo his horrific actions, I hope this conviction serves as a measure of justice for the brave survivors who came forward to share their stories and endured this long and painful trial.”

The disgraced physician had offices in New York, New Jersey and Pennsylvania. He is accused of leaving a trail of trauma at every location.

One of Cruciani’s victims, Hillary Tullin, said, “Mr. Cruciani and his lawyers were indefatigable in their attempts to portray me and the other witnesses as liars but the truth prevailed.”

Tullin, who chose to step forward publicly under her full name, continued in a publicly released statement. “What happened to us is real, it’s traumatic, and it can no longer be denied.”

“Cruciani preyed on vulnerable patients and today his victims were given back their power,” said another survivor.

Between 2002 and 2017, Cruciani abused women on prescribed opioids, and leveraging his professional position to his patients, “persuaded, induced, enticed, and coerced certain victims to travel across state lines to subject them or attempt to subject them to unlawful sexual abuse,” federal prosecutors allege.

Hence, the federal government will also take a swipe at him in a trial next year, according to Law&Crime.

In the upcoming federal case, Cruciani has been charged with five counts of enticement and inducement to travel and engage in unlawful sexual activity, each of which carries a maximum 20-year sentence.