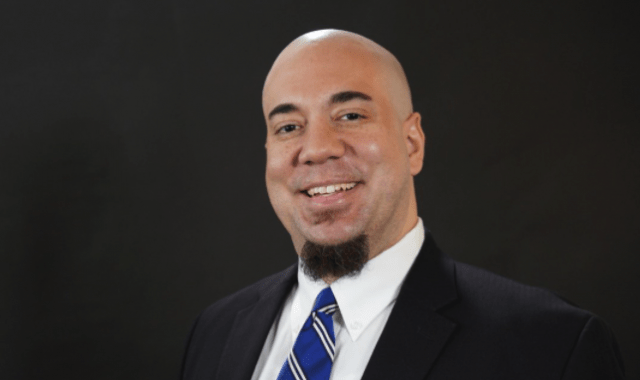 Following the numerous race riots of 2020, questions regarding racial discrimination and income inequality have wholly permeated the defining American spirit that is being played out in protests and anti-protests. No group has dominated this conversation more than the left-wing Black Lives Matter organization — a group with Marxist leaders forwarding many controversial ideas, such as the theory of “systemic racism.”

However, in recent weeks, Wilfred Reilly has stood out as an exception to this rule, Western Journal reported.

Reilly is a political scientist and professor at Kentucky State University. He is well-known for his data-driven analyses of popular political claims. As a result, Reilly’s work has been particularly focused on refuting many of the aforementioned contentions concerning race relations, economic disparities between racial groups and the implications thereof.

In a Feb. 10 Op-Ed for Spiked, a right-leaning British internet magazine, Reilly took on what is perhaps the most oft-repeated claim of groups such as BLM — the theory of “systemic racism.”

Developed under the theoretical framework of critical race theory, “systemic racism” postulates all performance gaps between racial groups must be due to gross racial discrimination. In Reilly’s view, this idea is nothing more than a “conspiracy theory.”

“These claims are almost universally false. But they have been accepted as conventional wisdom,” Reilly wrote.

“It is simply not the case that any gap in performance (such as SAT scores) between two populations has to be due to racism. In fact, while no one denies some bigotry endures, it is remarkable that an argument so demonstrably untrue has reached such an uncritical level of near-global acceptance.”

“As Thomas Sowell pointed out literally decades ago, groups which vary in terms of major traits like race (or sex) also often vary in terms of almost everything else. One group might simply study more for the SAT than most others, for cultural reasons — and adjusting for this sort of thing almost always reduces or eliminates the massive gaps which some would like to attribute to racism.”

He went on to explain that the earnings gap between black and white men — 82:100 — can be bridged by adjusting for demographic differences such as “median age, where someone lives and years of education.”

The importance such variations have on outcomes between groups cannot be overstated. One of the most striking of these differences pointed out by Reilly — age — is a perfect example, Western Journal reported.

While the most common age for a black American is 27, the most common age for a white American is 58. Obviously, with age comes greater work experience and with that experience comes greater pay. Comparing the gross earnings between groups without accounting for such variables and then attributing those gaps to “discrimination” ignores such nuance, further lending to Reilly’s point that “systemic racism” is merely a conspiracy theory.

Moreover, Reilly’s argument continues. The professor cites a 2019 American Community Survey, which surprisingly shows that the majority of the highest-earning groups in America are, in fact, minorities.

“The wealthiest group of Americans is not Anglo-Saxon ‘WASPs’ — or Jews as is often claimed — but Indian Americans, with a median household income of $135,816. Taiwanese Americans come in second place, at $102,405,” Reilly wrote.

“All in all, seven of the 10 highest-earning groups — Indians, Taiwanese, Filipinos, Indonesians, Pakistanis, Iranians and Lebanese Americans — are not ‘white’ as this term is generally conceptualised. Another Top 10 group — South Africans, with $98,212 — consists of white and black immigrants, who both seem to do quite well away from their homeland’s quarrels.”

In summary, and in contrast to media lies, Reilly’s findings show America’s free-market economy doesn’t reward individuals for their skin color, but rather for “how well they perform.” Regardless, politicians (i.e. Democrats) acting as opportunists stand by the systemic racism narrative, using it as guidance when crafting policy initiatives focused on “equity,” which have become increasingly commonplace within the Biden administration.

Reilly’s work in recent weeks tackled another hotly contested race-issue — BLM’s push to defund the police, according to Western Journal.

In a Jan. 27 article for Quillette — a centrist publication known for covering free-speech issues — Reilly posited that “BLM protests against the police” led to 2020’s “spike in homicides.”

While many left-wing outlets, including Vox, have attributed the rise in violent crime to the economic devastation of COVID-19 lockdowns, Reilly notes that “an alternative explanation fits the data far better.”

“Crime increased because major police departments had their budgets slashed and reeled in their stops dramatically — and similar chaos has followed such ‘woke’ policy moves nearly every time they have been implemented,” Reilly wrote.

“Data specific to 2020 provide further support for non-economic explanations for the murder surge. While homicides, aggravated assaults, and gun crimes all increased dramatically, crimes focused purely on obtaining money all decreased in frequency during a heavily locked-down year.”

Police budgets across the United States did, in fact, have their budgets reduced tremendously following BLM’s push to “defund the police.” For example, cuts in New York and Los Angeles amounted to as much as $1 billion and $150 million respectively. Furthermore, cities like Austin, Portland and Seattle suffered significant decreases.

Ironically, the Minneapolis police department recently had to reverse defunding and requested a $6.4 million funding increase so that it can hire more police officers in response to a 21 percent increase in violent crime. Back in December, their budget was cut by $8 million.

In Reilly’s view, the subsequent chaos following these budget cuts is “perhaps the ultimate empirical validation of Broken Windows Theory.” Coined by social scientists James Wilson and George Kelling, BWT states that “visible signs of disorder and misbehavior in an environment encourage further disorder and misbehavior, leading to serious crimes,” according to Psychology Today.

“Empirical articles from sources such as Court-House News and Pamplin Media Group have pointed out that roughly 91 percent of arrested Portland rioters were never prosecuted for anything, and these figures frankly seem similar across other major cities like Chicago,” Reilly wrote for Quillette.

“It seems logically obvious that even crimes as serious as murder could occur with relative impunity in this environment: the majority of the attackers of the six people seriously or fatally shot inside CHAZ are still at large.”

Reilly concluded the article by simply stating “the numbers speak for themselves,” in showing that the ideology propagated by Black Lives Matter contains “the worst possible policies for those of us who actually want to preserve black, and other, American lives.”

Standing Up To The Mob

On Tuesday, Reilly spoke with The Western Journal via email, explaining why he has decided to focus on such contentious topics.

While he wouldn’t say he’s been “treated horribly,” Reilly nonetheless admitted that he’s received “backlash from other academics and top public intellectuals” for pushing back against the narratives forwarded by left-wing groups such as BLM.

“So, why tackle the questions? Because they matter. If hard data shows that Asians, Jews, Nigerians, E. Indians, etc. out-earn whites — and it does — this at very least strongly indicates that potent hidden racism is not the primary problem for Black Americans today,” Reilly told The Western Journal.

“No one would dispute that proportionately MORE Black…or Appalachian, or Native…U.S. citizens are poor now because of PAST conflict, but private and public initiatives that assist the poor by (say) promoting fatherhood are more likely to help all of these people than ‘de-colonizing the evil whiteness of the Berkeley curriculum.’”

Furthermore, Reilly believes if “this sort of stuff”—civil unrest—continues, there will be a “wake-up call” coming for common-sense Americans.

However, he also noted that any such wake-up call will “require courage.”

“Frankly, I think the large majority of Americans ALREADY believe/know things like ‘Reducing the number of cops and guns in an area increases crime,’ or ‘a lackadaisical attitude toward school hampers poor urban — and especially Black — kids,’ or indeed ‘Males and females are different in ways that matter for athletics,’” Reilly told Western Journal.

“I by no means claim these as perfectly scientific, but very large-N polls I’ve run using social media resources consistently find that only 3-4% of the people responding disagree with statements like this.” “There are many things normal up-middle class citizens don’t want to say out of fear of cancellation, but that almost everyone knows are accurate, and this dichotomy between public opinion and public opinion is a big problem,” Reilly continued.

“Very serious data supports these anecdotal observations: a recent anonymous survey at the New York Times found that only about 1/2 of the professional reporters working there feel they can speak freely and publicly.”

“My take is simply that people need to stand up, when we see nonsense like a mostly-white mob burning a Black man’s business while chanting ‘Black Lives Matter,’ and say: ‘No more. That does not make sense.’ If this sort of stuff keeps accelerating, yes — this will become more likely.”