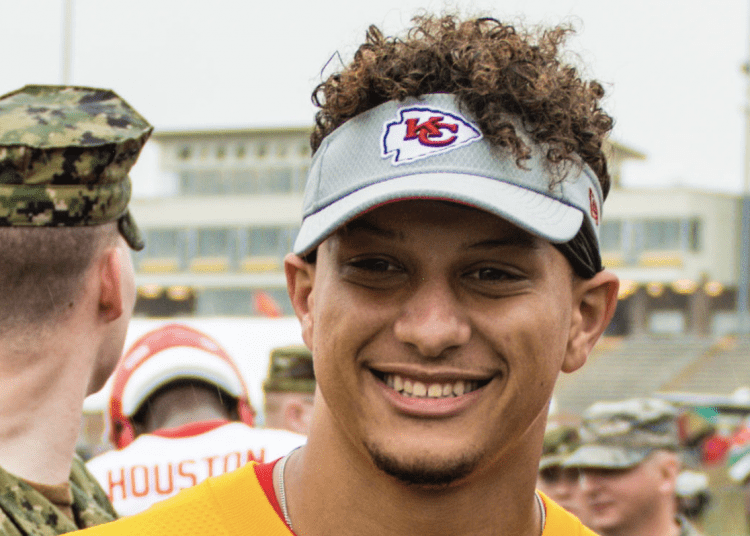 Kansas City Chiefs quarterback Patrick Mahomes came under fire on social media over his old tweets about the George Zimmerman and Trayvon Martin case and his apparent support for law enforcement.

The tweets surfaced prior to the AFC Championship game between the Chiefs and the Tennessee Titans. The old social media posts appeared to show Mahomes and his former high school football teammate talking back-and-forth about the case and the trial, Fox News reported.

The pro-law enforcement quarterback was initially being hit on Twitter for his alleged support of Zimmerman, who was cleared of all charges in the highly controversial 2013 shooting of Martin.

Patrick Mahomes defending George Zimmerman in a series of tweets from 2011. Black twitter do ya thing. Cancel Patrick Mahomes. pic.twitter.com/YI5BHiLW9x

However, a separate thread further showed that Mahomes and Spencer Shaw were simply engaging in a discussion about the case. The teammate’s replies to Mahomes were still live as of Thursday, but Mahomes’ tweets were deleted, according to Fox.

For all the people that think Mahomes defended Zimmerman: pic.twitter.com/5nfOEMJzGW

Nevertheless, the quarterback named as league MVP last year was slammed over the tweets.

Yo is this story of @PatrickMahomes supporting Zimmerman in his killing of Trayvon martin true?! And am I trippin for feeling a type of way?! #crazy

I can’t believe you are a supporter for Zimmerman , I’m not even black and I was angry. Trayvon martin didn’t deserve to die . I can’t believe this man . #justicefortrey

How do you believe Zimmerman is innocent?

patrick mahomes supports george zimmerman in case you were deciding who to root for in the super bowl.

Yes he’s tweet in 2011 was insensitive and ignorant. There are number of factors of why people may resist the direct orders of police and many of us know of cases where people dont resist and still get slain. But in regards to Trayvon Martin’s case…

Mahomes has never spoken publicly about the case, and digging up an old electronic conversation between high schoolers about a hotly debated fiasco from several years ago seems to be a low blow as the quarterback prepares to play in the Super Bowl.

Last May, Mahomes and two other quarterbacks spent time at the Kansas City Regional Police Academy as part of National Police Week. They were seen handling sniper rifles, donning body armor, controlling a police robot and going through other police-related sessions.

“It was almost like when you have those little cars as a kid and you’re trying to drive them around the driveway, but it’s a whole different level with having the camera and having to work a million buttons on the little pad that they had,” Mahomes said of controlling the robot at the time. “So I just used the three that they showed me.”

As a parting gift, Mahomes gave officers a game ball.

Patrick Mahomes tried on one of the officer’s vests here at the Kansas City Regional Police Academy this afternoon.

He said it was a little heavier than his normal pads. pic.twitter.com/SAAKfmFDt7

“The things the police do for our community on a day-to-day basis and don’t get recognized for it, it’s good to come out and support them because they support us in every single way,” he said during the visit.

Mahomes said he would consider joining the police, just not any time in the foreseeable future.

“I know [Chiefs GM Brett Veach] probably isn’t happy with me doing it any time soon. At the same time, it would be cool to see what they did on a day-to-day basis, but I know it’d be hard and grinding to put on that 80-pound vest and run around,” he said.

Mahomes and the Chiefs will play the San Francisco 49ers in Super Bowl LIV.