The Portland Police Did Not Make Any Arrests 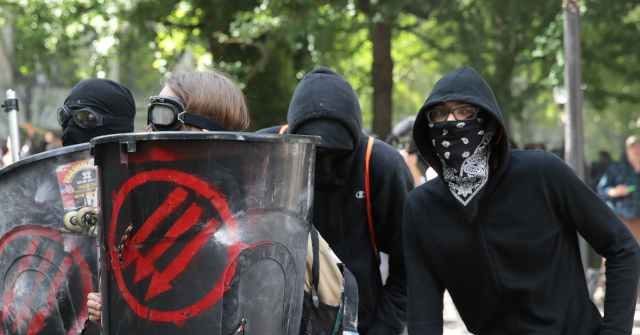 Portland, Oregon – On Friday, Portland Mayor Ted Wheeler told the community that they would not be protected from violence on Sunday and he was not lying. Members of Antifa clashed with right-wing protesters in Portland Sunday evening that included gunfire, fireworks and dispersing chemical spray.

Independent journalist Andy Ngo identified one of the two groups as Antifa and shared video footage of explosives being thrown and a van being crashed.

The antifa throw explosives as they regroup and retreat after launching an attack on the right-wing rally in northeast Portland. pic.twitter.com/9jyQJXUlTy

Fox 12 Oregon reported that there were approximately 50 Antifa members and 100 right-wing protesters in the area.

This was the scene just a few mins ago along NE 122nd/Skidmore. Group of about 50 counter protestors came to cause trouble at the right-wing “Summer of Love” rally where about 100 were gathered. Some fireworks, smoke bombs, paintballs being fired back and forth @fox12oregon pic.twitter.com/p4JFZPdte9

You can pretty clearly see in this angle that shots are being exchanged and this isn't just one guy shooting at people.

With 10-15 "Journalists" around you'd think you'd get at least one angle of the other person shooting.

Clashes between the Proud Boys and Antifa in Portland, chemical spray being deployed on both sides pic.twitter.com/cMku5U54MS

The “Summer of Love: Patriots Spreading Love not Hate” event was scheduled to start at 2 p.m. at Waterfront Park but was later moved to the parking lot of an abandoned K-Mart.  Portland Police announced late on Sunday that they made no arrests but they would be gathering evidence and if probable cause exists, arrests may be forthcoming.

Share and speak up for justice, law & order...
Tags: antifaoregonportland