Officer Gardiel Solorio was murdered during an armed robbery 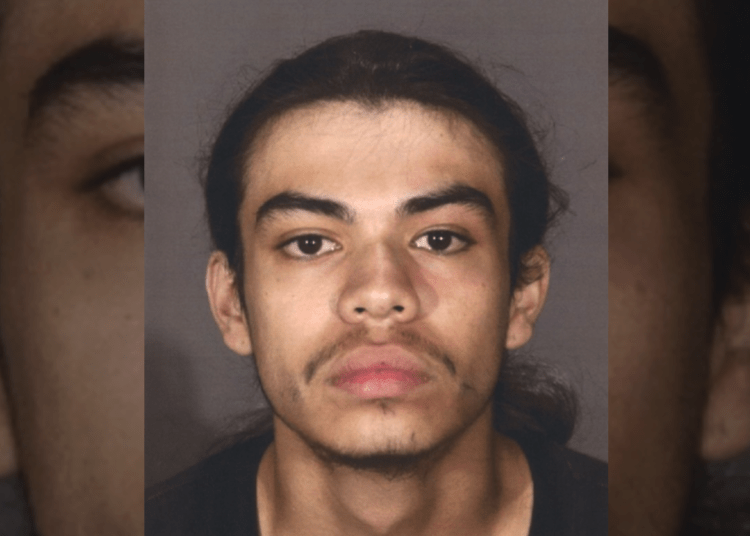 DOWNEY, Calif. – The Downey Police Department announced the third arrest of a man in connection with the robbery-homicide of off-duty Monterey Park police officer Gardiel Solorio in Downey earlier this week.

Gerardo Magallanes, an 18-year-old San Pedro resident, was taken into custody Thursday and booked for murder. He is being held on $2 million bail, the police agency confirmed, according to KTLA.

Carlos Daniel Delcid, 20, and a 17-year-old were arrested earlier this week after Delcid shot Solorio, 26, five times and killed him during an armed robbery in the parking lot of an L.A. Fitness in Downey, officials said.

Solorio was hired as a police recruit earlier this year and had just started field training in late July.

When Solorio was confronted by the gunman, he placed his car into reverse, as Delcid opened fire at close range, police said. The off-duty officer died at the scene.

The teenager previously taken into custody served as Delcid’s driver during the crime, police said. However, they declined to provide additional information regarding Magallanes’ role in the murder.

Lt. Cooper of the Downey Police Department said the agency cannot immediately disclose more details as they do not want to jeopardize the ongoing investigation.

Critics of Los Angeles County District Attorney George Gascon surprisingly include criminal defense attorney Brian Claypool. He said the crime never should have happened since Delcid should have been in custody from prior offenses.

Court records show Delcid was on probation for burglary and domestic violence. He was sentenced to 180 days in jail on March 10, but released the next day.

“This guy had been in jail at least six times in a year for serious crimes, including domestic abuse, using a knife in a domestic abuse. He get’s probation,” Claypool exclaimed in exasperation during an interview with KTLA. “If Gascon had been applying the law as he should have been, then Delcid, the killer, should not have been on the street and this never would have happened.”