The suspect died during the gun battle 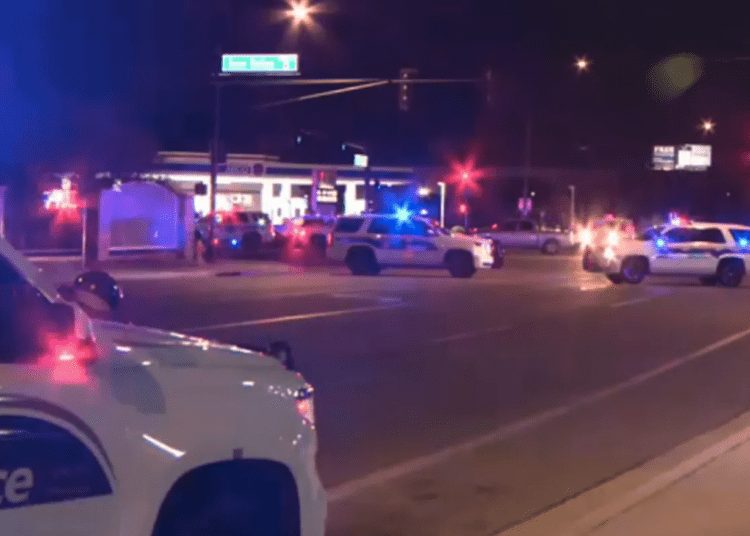 PHOENIX – A shooting erupted Sunday night in Phoenix and the police department says two people at the scene were killed, five were injured, including two police officers, and the suspect is dead.

The shooting occurred near I-17 and Deer Valley Road about 8:45 p.m. A two-officer patrol unit responded to the area and quickly encountered gunfire, FOX 10 Phoenix reported.

The officers “engaged” the suspect, who then retreated. The unidentified gunman was found dead. It’s unclear how he died.

Both officers suffered gunshot wounds during an exchange of gunfire. In addition to the dead gunman, police confirmed that two others were killed and three more were injured and transported to a local hospital.

Both officers sustained non-life threatening injuries. Several other people have been injured at the scene. PIO’s are in route to the hospital and the scene.

“This is a massive crime scene,” Phoenix Police Chief Jeri Williams said during a Sunday night press conference at the hospital. “There’s still a lot of work to do out at that crime scene.”

The chief is grateful that her officers were not killed during the gun battle.

“Once again, two Phoenix Police officers have been shot,” Williams said. “Thankfully, those two officers are recovering and are talking. So they’re in good spirits.”

Two citizens died at the scene of the shooting. Three others were injured. The suspect was also fatally shot. This is a very complex scene with dozens of people to interview.

It’s unclear what sparked the shooting as the scene became stabilized and police detectives began the work of interviewing witnesses and collecting evidence.

UPDATE: The Pinnacle Peak Road off-ramp from I-17 SB is now also closed, as well as the Rose Garden frontage road along I-17 SB.#phxtraffic #I17 https://t.co/4exubePcSg

The Arizona Department of Transportation also announced that an I-17 off-ramp was closed after the shooting.