The commander was months away from retirement 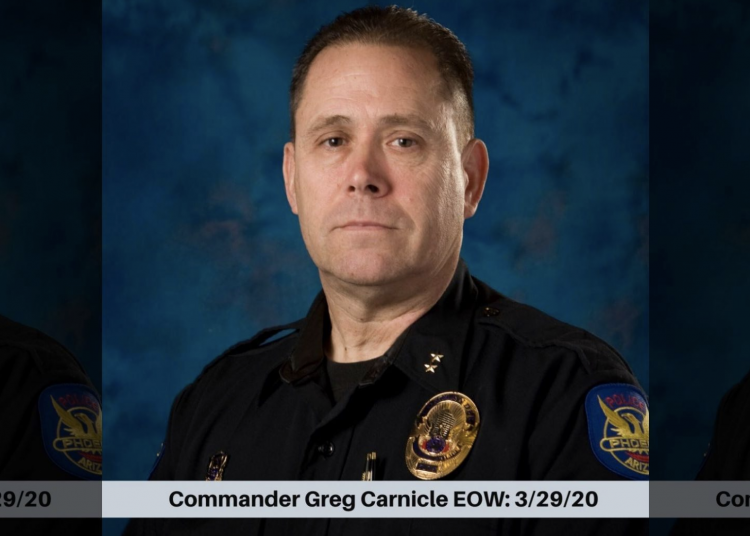 PHOENIX – Late Sunday night Law Officer reported that three phoenix police officers were wounded during an active shooting in Arizona. We’ve now learned that a commander for the Phoenix Police Department died while responding to a domestic violence call that turned chaotic, the department said in a statement.

The deceased officer was identified as Commander Greg Carnicle, a 31-year veteran of the department.

Sgt. Mercedes Fortune said at a news conference that officers responded to a roommate dispute. The suspect refused to cooperate and shot the officers shortly after 7 p.m. Sunday. The suspect was still inside and the situation was active as of 10 p.m., ABC News reported.

The other two officers who were shot are in stable condition, she said. One woman is out of surgery, and another is recovering from her wounds, Williams said.

The news organization, AZFamily, watched as tactical units ascended onto the neighborhood shortly after the shooting. Early Monday morning, Sgt. Fortune said the suspect was pronounced dead after being shot by officers. Sources told Arizona’s Family that the suspect had also fired multiple rounds at the police drone flying over the area.

No words are adequate to express my sadness for Commander Carnicle’s family and @PhoenixPolice. After a decorated career spent keeping PHX safe, he had his choice of assignments. He volunteered to be a Night Commander—this is the truest sign of the integrity of his character. https://t.co/HmAcWXB8kl

“No words are adequate to express my sadness for Commander Carnicle’s family and  @PhoenixPolice,” Kate  Gallego, the city’s mayor, tweeted. “After a decorated career spent keeping PHX safe, he had his choice of assignments. He volunteered to be a Night Commander—this is the truest sign of the integrity of his character.”

The department tweeted that Carnicle “held positions throughout the department including the special assignments unit, K9 and he most recently oversaw all evening and weekend patrol operations.”

Moreover, Carnicle was months away from retirement, Fox News reported.

He’s survived by his wife and four children, Sgt. Fortune said at the news conference.

Before the announcement of Carnicle’s death, Col. Frank Milstead, director of the Arizona Department of Public Safety wrote on Twitter that “I have no exact details on the condition of the 3 @PhoenixPolice officers who were shot tonight. My heart is with the families of the wounded and the women and men of the Department. Pray for @PhxPDChief Jeri Williams and her team. Godspeed.”