Harold Baker made the catastrophic discovery upon arriving at the scene 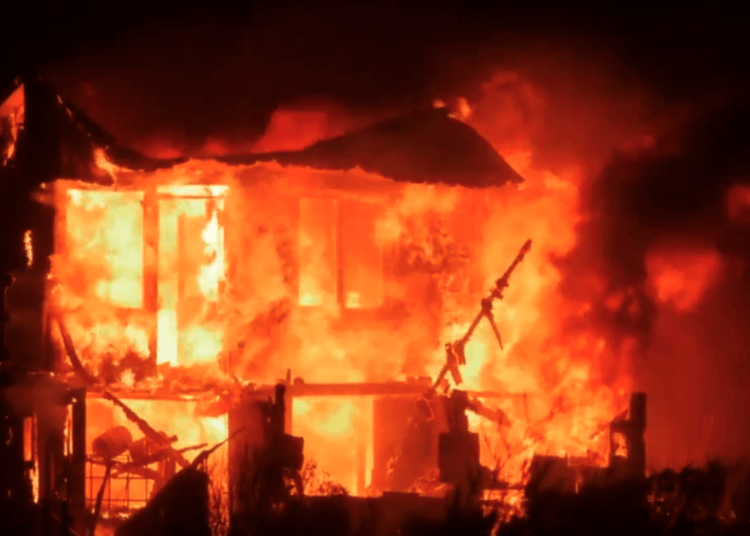 NESCOPECK, Pa. — A volunteer firefighter in Pennsylvania responded to a blaze early Friday morning that claimed the lives of 10 relatives, including his two children, according to a report.

Fire tore quickly through the home in Nescopeck about 2:30 a.m., killing seven adults and three children. The residential inferno horrified Harold Baker, a volunteer firefighter who arrived to battle the blaze only to discover the victims were his own family, authorities said.

A press release issued by the Pennsylvania State Police said the children who died were ages 5, 6 and 7, while the seven adults ranged from their late teens to a 79-year-old man. Autopsies are being completed this weekend, the Clipper-Herald reported.

Baker, 57, said the 10 victims included his son, daughter, father-in-law, brother-in-law, sister-in-law, three grandchildren and two other relatives. He said his children and the other young victims were visiting their aunt and uncle’s residence in order to swim and simply have some summertime fun, according to the news outlet.

“All I wanted to do was go in there and get to these people, my family. That’s all that I was thinking about, getting in to them,” Baker said in a phone interview with The Associated Press.

In addition to the victims, there were 13 dogs in the two-story home. Baker was unsure whether any survived, the Clipper-Herald reported.

The address initially given for the residential fire was a neighboring home. However, Baker quickly realized it was his family members’ house as the firetruck approached. The structure was already fully engulfed upon their arrival.

Baker grabbed his equipment and began pouring water on the blaze, desperate to make his way inside and calling out to his son. His chief quickly realized whose house it was, and fellow firefighters escorted Baker back to the firehouse.

“There wasn’t nothing we could’ve done to get in there. We tried, but we couldn’t get in,” said Baker who’s been a fighting fires for 40 years.

His son, Dale Baker, 19, had followed both of his parents into the fire service, joining when he was 16.

“He said it all his life, he was just going to be like his dad,” Harold Baker said.

The family was “always willing to help lend a hand to anyone in need,” Knorr declared. Dale’s mother was not among the dead listed by Harold Baker, the Clipper-Herald reported.

According to a preliminary investigation, the fire erupted on the front porch at around 2:30 a.m., Luzerne County District Attorney Sam Sanguedolce said Friday evening.

“The information I have is that the fire started and progressed very quickly, making it very difficult to get out,” he said.

Three individuals were able to escape the inferno, Sanguedolce noted.

A fourteenth person staying at the home was away throwing newspapers when the fire erupted, according to Baker.

Four state police fire marshals are taking part in the investigation. It will not be classified as a criminal probe unless they determine the fire was intentionally set, he said.

Mike Swank lives down the street. He woke up after hearing a loud explosion. He looked outside and saw the porch “was really going.” He tried using a neighbor’s hose to keep the blaze from spreading to a garage, but the efforts were no contest for the inferno.

“I seen two guys outside and they were in various states of hysteria,” Swank told the AP.

Nescopeck is a small town on the Susquehanna River, about 20 miles southwest of Wilkes-Barre.