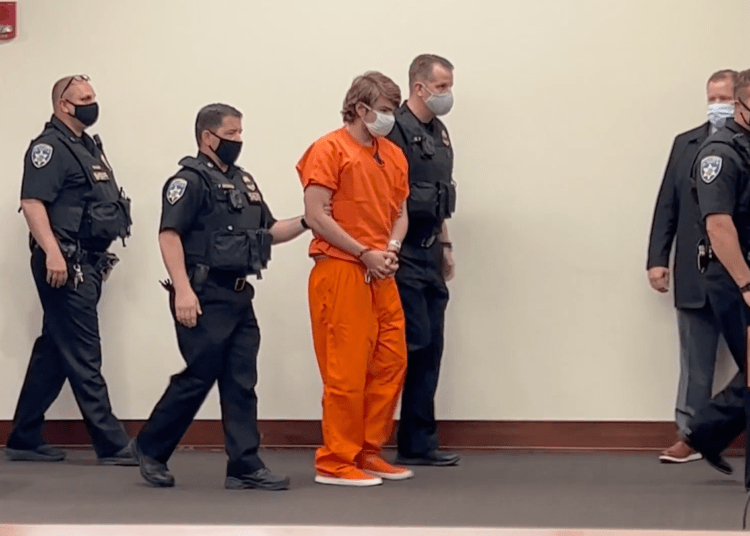 BUFFALO, N.Y. – The white teenager who shot and killed 10 people in a hate-fueled massacre at a Buffalo supermarket in a predominantly black neighborhood pleaded guilty Monday to murder and hate-motivated terrorism charges.

Payton Gendron, 19, entered his guilty plea at the Erie County Court. In doing so, he acknowledged that his mind-numbing plan on May 14, 2022 was to take out as many black people as possible, the New York Post reported.

As a result of his plea to murder charges in state court, he is guaranteed to spend the rest of his life in prison, although he still faces federal charges.

The 19-year-old man was stoic throughout the 45-minute hearing as he remained handcuffed while wearing an orange jail jumpsuit.

Gendron replied “yes” and “guilty” as the judge referred to each victim by name and asked whether he had murdered each victim due to their race. The killer also pleaded guilty to wounding three people who survived at the attack.

Retired Buffalo police officer Aaron Salter Jr. was among the victims snuffed out by Gendron’s gunfire. Salter spent 30 years with the Buffalo Police Department before spending four years working security at Tops Friendly Market on the east side of the city where the massacre occurred, Law Officer previously reported.

“This critical step represents a condemnation of the racist ideology that fueled his horrific actions on May 14,” Gendron’s lawyer, Brian Parker, said in the wake of the plea.

“It is our hope that a final resolution of the state charges will help in some small way to keep the focus on the needs of the victims and the community.”

Gendron is scheduled to be sentenced February 15, 2023.

BUFFALO, N.Y. — Aaron Salter Jr. spent 30 years as a police officer in Buffalo. For the past four years he’s worked security at Tops Friendly Market on the east side of the city. That’s where he was Saturday afternoon when a homicidal gunman with an assault rifle opened fire.

Salter responded by pulling out his weapon and firing at the gunman, whom police have identified as 18-year-old Payton Gendron, the Daily Beast reported.

However, Gendron was wearing body armor, which protected him from Salter’s gunfire. According to police, the assailant returned fire and killed Salter.

“BPD on scene of a mass shooting at the Tops in the 1200 block of Jefferson Avenue. Police say multiple people have been struck by gunfire. The shooter is in custody. Motorists and residents are urged to avoid the area,” Buffalo Police Department tweeted Saturday.

Police Commissioner Joseph Gramaglia said that 13 people were shot, and 10 people died as a result of the mass shooting, which is being investigated as a hate crime.

Investigators claim he was fueled by hatred of people of color. Eleven of his victims were black and two were white, the New York Post reported.

After the gunman was captured he was charged with first-degree murder and pleaded not guilty Saturday evening.

Salter’s family was mourning his loss after a horrific day that stunned the community and beyond.

“Today is a shock,” his son, Aaron Salter III, told the Daily Beast.

“I’m pretty sure he saved some lives today. He’s a hero.”

Adam Bennefield, a cousin of Salter’s, said the family was extremely shaken up by Saturday’s mass shooting.

Bennefield said he always had tremendous respect for his cousin, who had deep knowledge not just about police work, but also “things outside of being an officer.”

Salter, who leaves behind three children, joined the Buffalo Police Department right out of high school.

In retirement, he was pursuing his dream of building vehicles that run on green energy and had a company called AWS Hydrogen Technologies.

“I’m always working on my vehicles and or my project of running engines on water for the last four years or so,” his LinkedIn profile reads. “I would like to realize my dream of getting cars to run off of water using my newly discovered energy source some day.”

Police searching for hero that saved several lives in Buffalo