Payton Gendron emphasized going after soft targets and avoiding areas that might have CCW holders ... But these details went largely unreported. 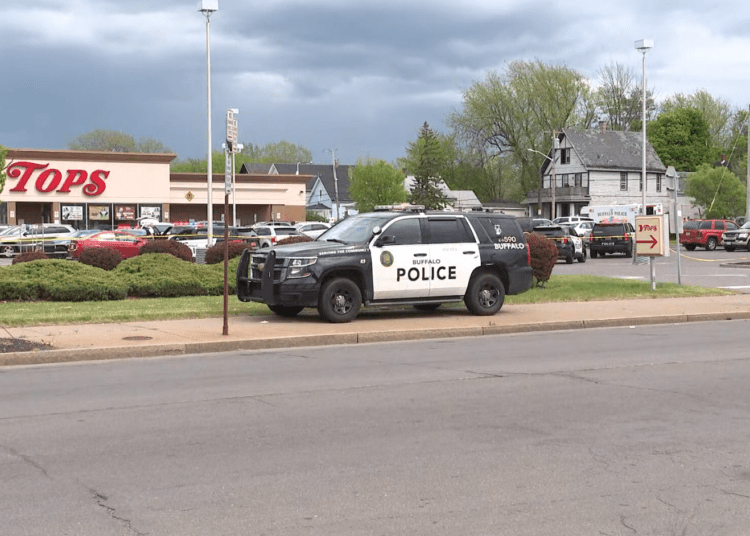 Selective reporting is commonplace in the mainstream media. Most major news outlets report information with a spin. They either slant details they want you to know or editorialize in ways they believe you should think.

That explains why page 58 of the manifesto scribed by the accused Buffalo murderer Payton Gendron has largely gone unreported. Of course we know the killer targeted a black population, and that is where the narrative concludes, for the most part.

However, there were other reasons he selected Tops Friendly Market as his target location. He listed his reasons under “[s]trategies for success” on page 58, the Western Journal reported.

“To maximize deaths of the intended target, attack in a high density, highly populated area. … To minimize the chance of instant death from a CCW [carrying a concealed weapon] holder, police, or general armed citizen, body armor and ballistic helmet that will stop the intended threat will be needed,” the manifesto reads.

Continuing, the accused mass murderer writes, “Attacking in a weapon-restricted area may decrease the chance of civilian backlash. Schools, courts, or areas where CCW are outlawed or prohibited may be good areas of attack. Areas where CCW permits are low may also fit in this category. Areas with strict gun laws are also great places of attack.”

Although the store had retired Buffalo police officer Aaron Salter Jr.—who died in the massacre—armed and on duty, Gendron said in his alleged manifesto that he could easily power through security.

(“Cucked” is a term used as a pejorative in some online communities that describes something weak in an unmanly way, according to the news outlet.)

It is worth mentioning that Gendron donned body armor, which protected him from Salter’s gunfire, Law Officer reported.

Hence, Gendron left behind things that law enforcement officers espouse when trying to educate the public, but now these details come straight from the suspect accused of murdering 10 people and wounding three others.

Therefore, the killer’s own self-advice should be used to combat future mass shooters, but thus far his words have been ignored and largely unreported.

The Western Journal summed it up this way:

“First, he viewed concealed carriers as an outright deterrent to a shooter. Not only did he want to kill a high number of people in a highly populated area, he wanted to make sure as few of those people were armed as possible.

“Second, he wanted to go in an area where weapons access was restricted. Among the locations he specifically mentioned: schools.

“Fourth, security guards with weak weapons could be easily taken out if he had body armor that could withstand bullets from them.

“Finally, states or municipalities which made it more difficult for ‘law-abiding citizens’ to arm themselves with weapons like the AR-15 — described by Gendron as an ‘[a]ssault style weapon’ with ‘high capacity magazines’ — eliminated threats.”

So rather than reporting on this element of Gendron’s ramblings, the media focused on taking firearms away from law-abiding citizens and tightening how they can exercise their Second Amendment rights.

It’s worth noting that The Western Journal said “to stop mass shootings involves addressing a deep moral sickness in this nation. The key similarity between Gendron and Salvador Ramos (suspect in Robb Elementary School shooting in Uvalde, Texas) seems to be that both were lonely young men caught in deep spirals of mental illness that (was) improperly addressed by those around them.”

Consequently, “their decline was intensified when both disappeared into dark corners of the online world where their sickness and disillusionment was allowed to fester, unchecked by reality.”

Fixing these problems is a deep moral, spiritual, and societal issue, but that is where the conversation needs to go.

A news commentator on a local radio station near Evalde put it succinctly, Law Officer reported. In a paraphrase, he said, “America doesn’t have a gun problem, it has a heart problem. In far too many cases there is no father in the home and God has also been evicted. I am no Bible thumper, but I see the correlation.”