Three militia members were injured in the shooting 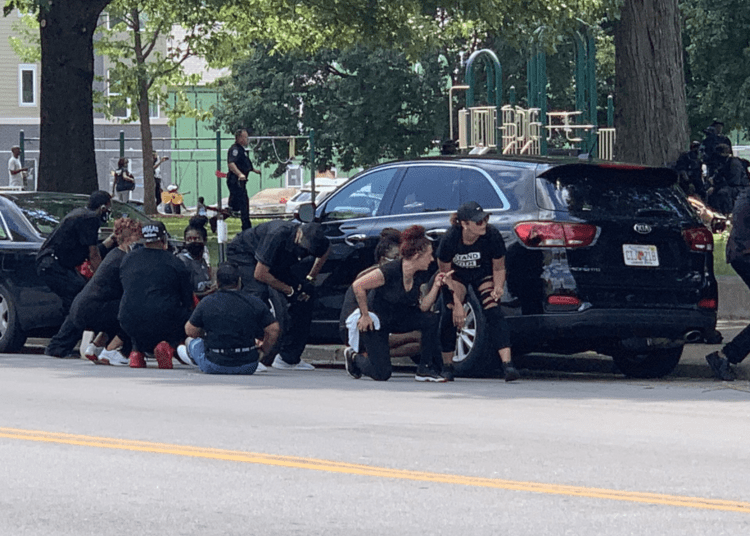 LOUISVILLE, Ky. — Gunshots erupted during a planned protest in Louisville, Ky., Saturday and three members of the heavily armed militia group, the “Not F***ing Around Coalition” (NFAC), were injured by shots fired from one of their own member’s guns, police said.

The shooting, which appears to be a negligent discharge, took place near Baxter Square Park around 1 p.m. All of the victims were transported to the University of Louisville Hospital with non-life-threatening injuries, the Louisville Metro Police Department (LMPD) told Fox News.

BREAKING: We just watched two people be taken onto stretchers at Baxter square on 12th and Jefferson. Metro safe has confirmed reports of shootings & that there are multiple victims. We heard the noises when people scattered to get behind cars, & to take a knee @WHAS11 #nightteam pic.twitter.com/h5AsPWlLbi

Protesters took cover behind parked vehicles and scattered to flee the area, a reporter from WHAS11 wrote on Twitter.

One of the members of the NFAC spoke to throngs of protesters and said “we had a little accident, it happens,” the reporter said.

It was unknown what kind of a weapon discharged and how multiple rounds were apparently fired. Moreover, the status of the person who negligently fired the weapon was not disclosed.

Earlier in the day, officers from the LMPD were on high alert, aware of the possibility of violence from highly armed militants dressed in all black — many of whom are not from Kentucky — claiming they are defending the Constitution and decrying the death of Breonna Taylor.

Other racial justice protesters who have staged daily protests since the death of Taylor in March faced off with NFAC militants, saying they don’t agree with their tactics of displaying guns and weaponry.

The Louisville organization of Black Lives Matter also distanced itself from the coalition, accusing the armed group of being “outside agitators,” WDRB reported.

One of the three officers involved in the deadly encounter with Taylor was fired from the department last month, and two other officers have been placed on administrative leave.