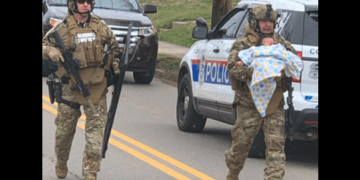 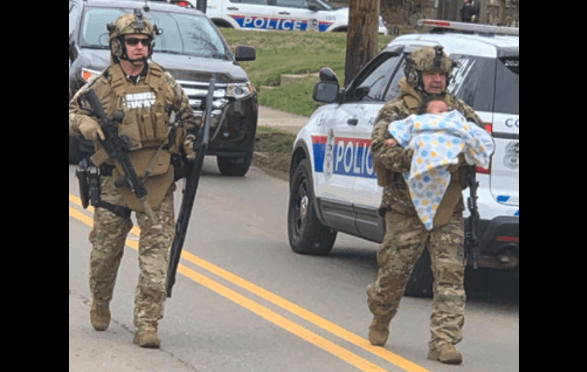 A 5-month-old baby was recovered from a domestic violence, barricade scene in Ohio. (Photo source: Sgt. Steve Redding via WBNS)

COLUMBUS, Ohio – Officers with the Columbus Division of Police safely recovered a 5-month-old baby from a barricade situation on the city’s west side.

According to police, they received a call regarding a male beating up his wife in the 200 block of Powell Circle.

Law enforcement authorities said the victim made it safely outside but police were told the suspect was inside the apartment with their 5-month-old baby and had a gun, WBNS reported Wednesday.

Responding officers arrived on scene but no one answered the door. As a result of the developing circumstances, SWAT, K9 and negotiators were called to the location.

Fortunately, the baby was abandoned in the apartment and found by SWAT officers.

Burris is wanted on domestic violence and assault. Anyone with information on his whereabouts is asked to contact police at 614-645-4545.