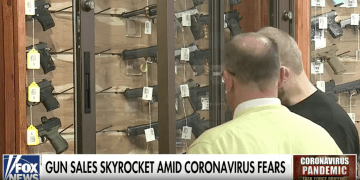 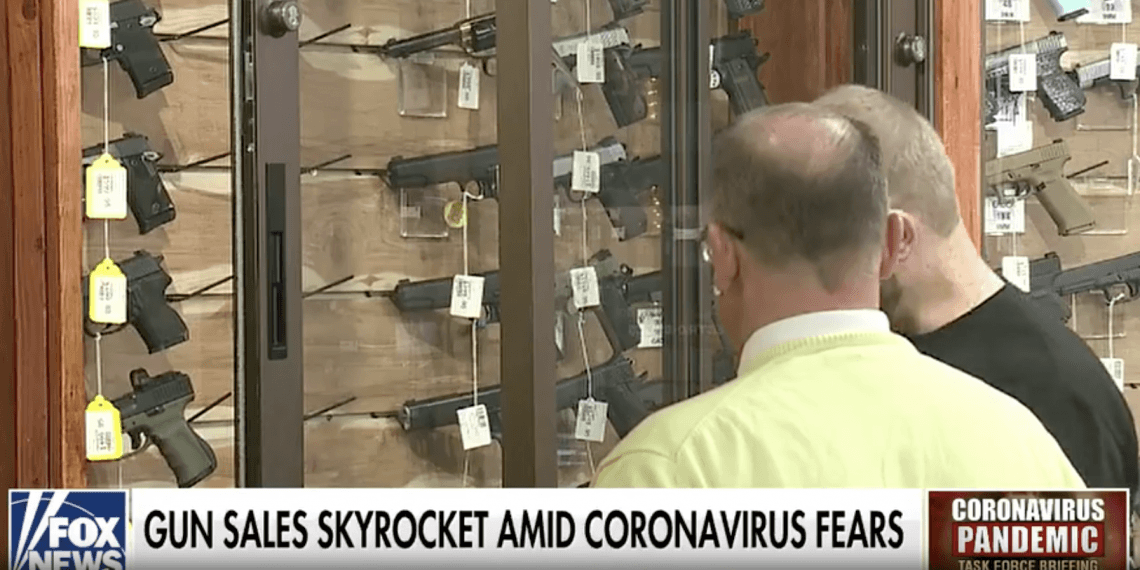 As stores around the country are struggling to keep up with the demand for perishables, paper products, and hand sanitizer, firearms are another commodity fast disappearing from the shelves amid the coronavirus crisis.

Over the past week, gun stores countrywide have seen long lines and a wiping out of inventory as unnerved customers turn to their Second Amendment rights in the bid for self-protection.

“Firearms and ammunition sales are strong this week as many gun stores are quickly trying to restock inventory. There has been an uptick in inquiries for firearms training as families seek guidance on the selection, use and storage of a new firearm,” Robyn Sandoval, 45, executive director of the Austin-based “A Girl & A Gun Women’s Shooting League,” told Fox News. “Law-abiding Americans want to have access to firearms during times of uncertainty. Families are social distancing and stocking up on food and supplies at home. The outbreak is creating a lot of anxiety in our communities. Families who have prepared at home want to be equipped to protect themselves from any looters or violence.”

During the month of February alone, background checks via the universal FBI system experienced a 34 percent increase, processing almost 3 million. In January, as news of the new virus permeated from its origins in Wuhan, China, checks increased some 25 percent, according to the most recently available data.

Moreover, based on the National Shooting Sports Foundation (NSSF) summary of sales processed with a background check through the National Instant Criminal Background Check System (NICS), the sales of firearms through dealers has spiked 17 percent nationwide as of March 15, 2020, versus last year, Fox News reported.

Nevertheless, supply may not be able to accommodate demand.

“That percentage is expected to increase before the end of March dramatically. Firearm retailers and manufacturers were not prepared to meet the surge or a sustained long-term demand, so firearms and ammunition will seem to be largely absent from dealer shelves for weeks to come,” cautioned Eric Poole, editor of Guns and Ammo magazine. “If firearm and ammunition manufacturers throughout the U.S. are required to keep their workforce at home, this will have a more profound effect and drive up prices, to include private transfers of firearms and ammunition, which are not monitored or recorded by the NICS system.”

Fox News reported several recent interviews of gun store owners and sellers indicating that sales this month have spiked between 30 and 400 percent, compared to a “normal” time period.

In the group are several first time gun owners.

“I just got a 9mm handgun this week,” John McEvoy, 34, from Idaho said. “As this situation continues to unfold, I predict that crime rates are going to increase. If food and basic necessities start to run out, I don’t want to be the victim of a break-in and not be prepared to protect myself and my family.”