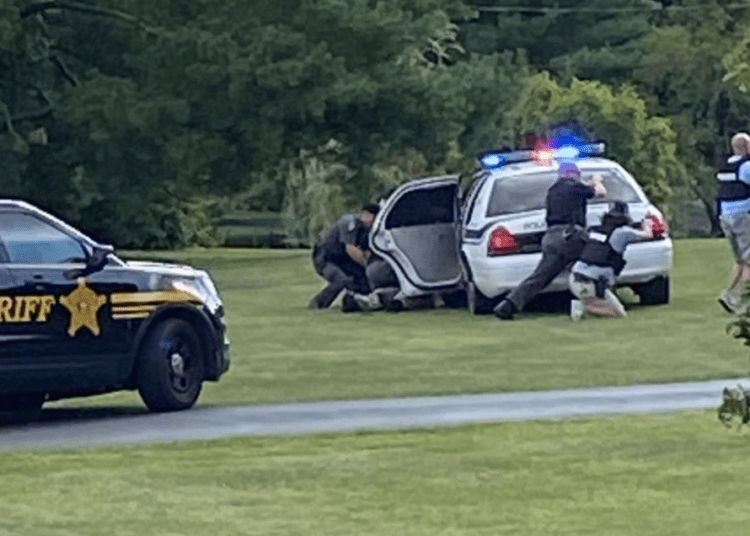 MASON, Ohio — An Ohio officer in Middletown was shot Monday afternoon as police pursued a murder suspect before the chase ended at the 2600 block of Mason-Montgomery Road, according to the Butler County Sheriff.

Sheriff Richard Jones said the male officer’s injuries are non-life-threatening. The chase started in Middletown and went through Hamilton as police pursued a suspect wanted for murder and other warrants out of Hamilton, WCPO reported.

Five officers returned fire, according to the sheriff. Law enforcement authorities have not confirmed the suspect’s identity or the extent of his injuries.

A witness at the scene said he heard multiple gunshots and that there appeared to be evidence of a chase and crash in the front yard of a house nearby.

A large number of police officers and vehicles responded to the scene just after 5 p.m. Monday.