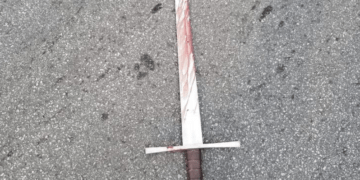 by Law Officer
in Investigations, News, Officer Down
660 28
0 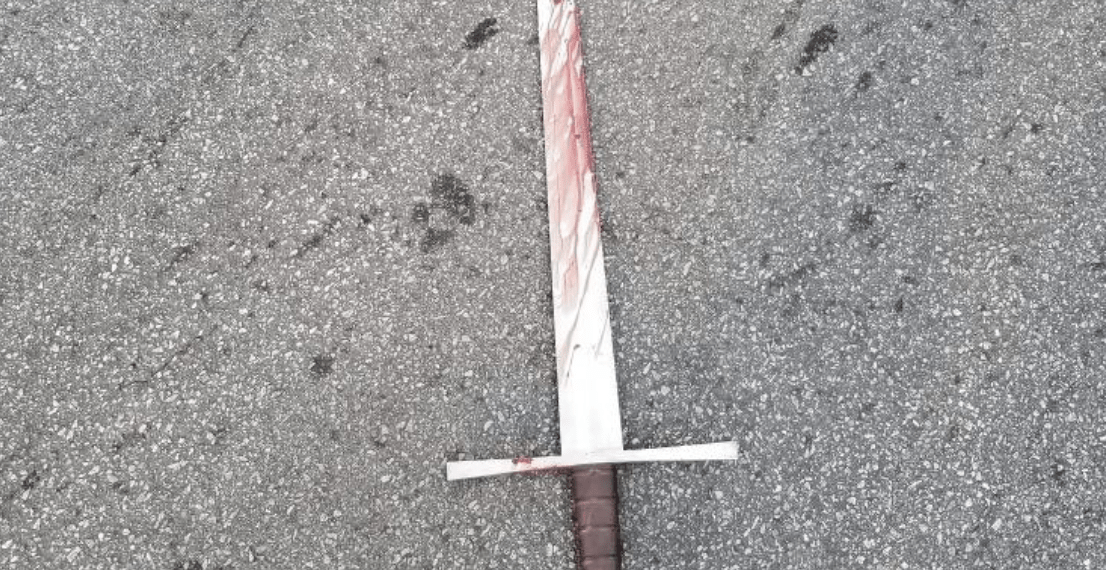 DETROIT — A knife wielding, dagger throwing-man was shot and killed Thursday in Detroit, but not before an officer was wounded during the deadly encounter.

“The suspect was standing in the middle of the street armed with a sword,” Craig said, reported The Detroit News. “When officers got there, they told him to drop it. At some point, the suspect takes out a second sword; I think he had three, plus a dagger.”

Detroit Police shot a man who came at officers swinging this sword and armed with two other knives. One officer is injured, the man wielding the weapons has died from a single gunshot. pic.twitter.com/ULlRGNQUf6

“He throws the dagger, and strikes an officer under his eye,” Craig said. “The officer deploys his Taser, but the suspect appears to be wearing tactical gear, and the Taser doesn’t take effect. … I wouldn’t call it a bulletproof vest; it was something like what a hockey player would wear.”

“The officer’s partner then fired a round, striking the suspect,” Craig added.

The suspect continued to chase the officers and jumped into the driver side of one of the patrol cars.

“A good Samaritan seeing what was going on…took his personal vehicle and he used it to block the suspect in,” Craig told reporters.

The chief said he was unclear what exactly happened next, but the suspect, who was in his 20s, was transported to the hospital and succumbed to his injuries.

The officer who had been struck by the dagger is being treated at a local hospital for a laceration below his right eye.

“I commend (the motorist),” the chief said. “It was a very risky situation, but he saw our officers were in danger and wanted to assist.”

Andre Johnson said he intervened with his car to help the officers.

“The victim (suspect) went after the officers” Johnson said. “Officers asked him about three or four times to put the weapons down. They Tazed him, but that didn’t stop him, and then he pulled out this knife they make in Nepal and he ran after the officers.”

Craig said he believed the suspect had mental health issues.