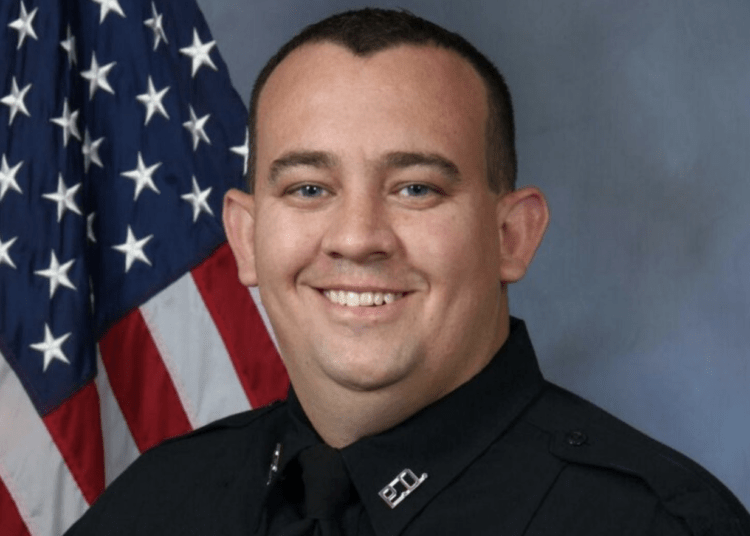 OVERLAND PARK, Kan. – A veteran Kansas police officer who was named his department’s officer of the year in 2019 was killed in a shootout with a hit-and-run suspect over the weekend.

Overland Park Officer Mike Mosher, 37, passed away Sunday evening at a hospital while surrounded by his wife and daughter, according to FOX4KC. Earlier that day, Mosher was off-duty but in uniform when he saw an apparent hit-and-run and pursued the suspect, which led to a shootout, police say.

“He did his job all the way up to the end, so I got to respect an officer like that,” Officer John Lacy, the department’s spokesperson, told FOX4KC. “He was a true gentleman. He was a wonderful officer.”

Overland Park police say the suspect – whose name has not yet been released – died at the scene. It’s not clear what led to the exchange of gunfire and further details about the hit-and-run incident were not immediately available, Fox reported.

Mosher had been with the Overland Park department for nearly 15 years and was named its officer of the year in 2019.

“I know that I speak for Mike when I say that he was proud to be a police officer. It’s all he ever wanted to do. He loved what he did,” Police Chief Frank Donchez said, adding that Mosher was good at his job.

OVERLAND PARK, Kan. – Overland Park Police have confirmed an officer has died after exchanging gunfire with a suspect in a hit-and-run accident.

The shooting was reported in the area of 123rd and Antioch in Overland Park, Kansas.

Sources say that the officer, who was off-duty at the time, witnessed a hit and run collision.

He followed the suspect and called the incident in to Overland Park Police.

The suspect stopped the vehicle at 123rd and Antioch, and exchanged gunfire with the officer as the officer approached.

During the exchange of gunfire, the suspect was killed. The officer, who has not been identified yet died after being transported to the hospital.

The officer leaves behind a wife and a daughter.

Law Officer has confirmed the identity of the officer but we are awaiting publishing until the agency announces.

The officer was highly trained both in firearms and tactics. he was well liked by the entire law enforcement community.

Overland Park Police have not lost an officer in the line of duty since Officer Deanna Rose was killed in 1985.