Charles Stewart Jr., 20, was laying in the middle of the street after being shot in the head 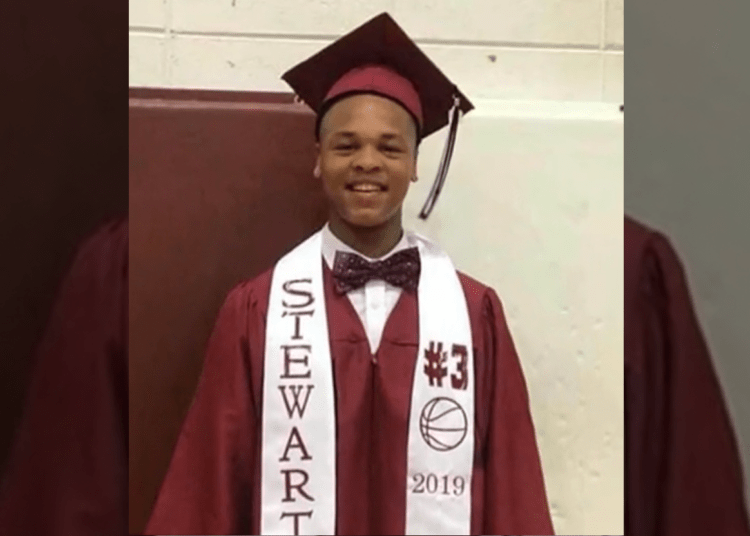 HAZELHURST, Miss. — A Mississippi police officer was dispatched to the call of a shooting on Sunday. Upon arrival she discovered the victim who sustained a fatal gunshot wound was her son, according to reports.

Authorities said officers responded to the scene in Hazlehurst about 2 a.m. Charles Stewart Jr., 20, was laying in the middle of the street after being shot in the head. When his mother, Hazelhurst Police Officer Laquandia Cooley arrived at the scene, he had already died.

“As we get out, I look and I was like, ‘This is my son, this is my son,’” the Hazelhurst Police Officer Laquandia Cooley told WLBT. “So, I literally just go into a break down you know? Like, why? Who would do this to my son?”

An autopsy is pending with the city. Currently, there are no suspects in the case, Fox reported.

“We initially responded to the call, not knowing when I made it over there, the person was going to be my son that was laying there,” Officer Cooley said.

Seeing your child in that condition is a sight Cooley says she’ll never forget.

“I couldn’t even believe what I was seeing. I was seeing my own son laying there on the ground dead. It was pretty much a panic. It was just, it was too much.”

The father, Charles Stewart, expressed how distressing his son’s death is for the family.

“It’s traumatizing for the whole family,” Charles Stewart, the father, told WLBT. “We’re just trying to cope day to day. Just trying to figure out why this happened and who could have done this.”

Since the homicide involved a department family member, the investigation is being handled by the Mississippi Bureau of Investigation.