Officer Down: The Steve Hough Story 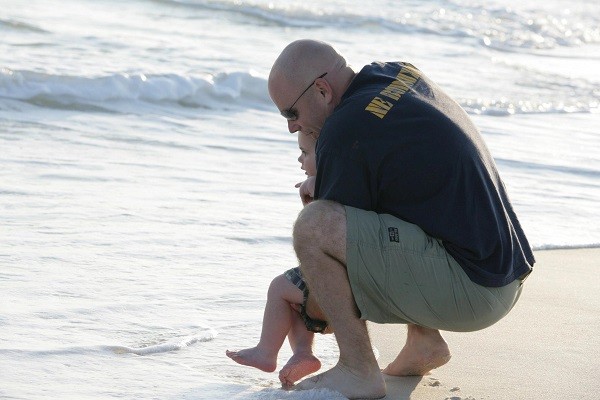 What’s the best and worst case day for law enforcement? Best case – go home at the end of the shift. Worst case – never make it home. Somewhere in between, there are a lot of head cases – and I’m not talking about the people in the uniform.

Suppose you are talking to your co-workers about celebrating a birthday that night. You are called out to serve a warrant to a head case. You get shot in the face and legs.  Now what?

You put all of your training to work. This is one time a wife is glad her husband spent an hour on the toilet reading.  He was reading about how to survive.

We all know how dumb cops are, Steve is no different. He wastes his time educating himself on survival.  His training and education may have saved his life.

There was also a lot of breathing and a little luck involved. Yes, I said breathing. It may seem like the most natural thing in the world but when you are critically injured, it becomes the most important thing in the world. If you aren’t breathing, you lose dexterity and you can’t move. Your heart rate also goes up. You start to panic. If you are breathing, you are focused; you can think more clearly – clear thinking is what got Steve through.

After he was shot, his partners helped him to safety and completed the mission. They remembered their training and he remembered his. They all continued to breathe.

As dramatic as it sounds, police need to learn how to survive and how to kill. What does that mean? That means you must be mentally prepared for the aftermath in the event you are shot or you shoot. Your co-workers must also be prepared. They must be prepared to leave you behind to save yourself while they neutralize the subject. Neutralize could simply mean getting them into cuffs, it could also mean killing them before they kill someone else.

As for the easy, try taking down a large man strung out on crack, mushrooms or the drug of the day while people are standing around filming you with their cell phones. Get used to seeing dead bodies and witnessing horrific abuse. It’s not easy building an internal defense so the images swirling in your mind don’t drive you mad.

These are the things Steve and I talked about. Steve who? Officer Steve Hough.

Steve is in the business to catch people; some people are in the business not to get caught. Two people doing business met on a fateful day. For the record, this wasn’t an ordinary citizen. This was a convicted felon with warrants for kidnapping, assault, possession of ammunition and a firearm and, a little past due child support thrown in. What I loved about Steve’s story? After I read 4 articles, I realized I didn’t know the name of the subject, why he was wanted or what happened to him. I had to ask Steve. That is how it should always be. Let the attention fall where it should – on the innocent.

So what has changed for Steve? Although he has a short list, I suspect it’s longer than he lets on. No one survives what he did without being profoundly changed forever. He admits he can’t play his Xbox anymore, this is pretty typical of people involved in shootings, it’s too stressful and triggers subconscious fears. Drinking is also out, Steve knows that even the best of people can go down a dark road when their emotions are weakened by booze. Each time he looks in the mirror, he will be reminded of that day. He has a new normal, a new level of acceptance. He also has a new level of patience, appreciation and love for those closest to him. We all know life is fleeting, but until we feel how quickly it can be taken from us, we take it for granted.

Until the shooting, Steve thought he was a “tactically sound guy”, now he emphasizes the importance of training. Every officer should slow down, pay attention and prepare themselves as thoroughly as possible. Every single situation is different and every one of them can go horribly wrong. At the same time, officers can’t think “this could be the one” – if they did, they would go crazy. Now that he’s a Training Coordinator, he’s free to preach to his subjects about safety and training all day. Sometimes they wonder how much more they’ll have to hear, for Steve it’s never enough. You can never be too prepared.

Enough about Steve the cop, I was more interested in Steve the regular guy. Here was a guy out defending the public, upholding the law, in one of the most admirable professions and he was going to talk to me about his shooting.

He’ll tell you he was just doing his job. And you know what? I believe him. Steve is like many other law enforcement officers – just trying to get through the day without getting injured, so they can go home to their families. Danger comes with the job. They all know it. When people call Steve a bad-ass or a hero, he shakes his head. He had no way of knowing that a man would burst outside, a gun in each hand, and start shooting. He didn’t intentionally run to the line of fire, he was simply serving a warrant and the situation went south. He wasn’t fighting to recover so he could go back out on the street, he was fighting to get home to his wife and son.

Although he doesn’t like to be referred to as a hero, there’s something he likes even less and he likened it to a scene in Band of Brothers. Captain Lewis Nixon was standing aside a jeep talking when a stray bullet grazed his helmet and knocked him down. After getting up and realizing he was okay, he said “Don’t look at me like that.” Steve doesn’t want people to look at him like that, the look of death. The look that says you are going to die or you came pretty close to it.

Suppose you run into Steve at the local grocery store and haven’t seen him since the shooting, what do you do? Steve wants you to treat him just like everyone else. Don’t exaggerate his shooting, don’t tell him you can’t believe he’s alive and don’t follow him if he tries to get the hell away from you. You’re probably giving the poor guy a panic attack and treating him like some sort of anomaly. No one wants to be treated that way.

You know what’s even creepier? Walking up to him, giving him a bear hug and saying “I love you, man” when you’ve never really been friends. If it takes getting shot in the face for you to notice someone, you’ve got a problem. Keep on walking. That whole man-hug thing is reserved for his partner and close friends. In this type of situation a good rule of thumb is “Would I care if his johnny flapped open in front of me?” If you said yes, don’t hug him. You’re not good friends.

So what’s next for Steve? He’s found a role he loves, his wife is happy he’s off the street and his son is too young to know what happened. He continues to be work in law enforcement and he’s adjusting. Every day he will adjust.

Being in law enforcement requires daily adjustment, you don’t know what you will see. Will it be a dead baby? A suicide victim? A charred body in a car accident? A victim of a drug overdose? Or will you have to make the biggest adjustment ever? Adjusting to the aftermath of gunfire? Regardless of what their day brings, they keep coming back for more.

For Steve, and every single man and women that put on the uniform day in and day out, remind yourselves that you are doing a great thing. You may very well be the most disliked group in uniform, but you are also the most respected. Love is silent. Hate is loud. When you are in need, you’ll hear our love.

A version of this article originally appeared here.