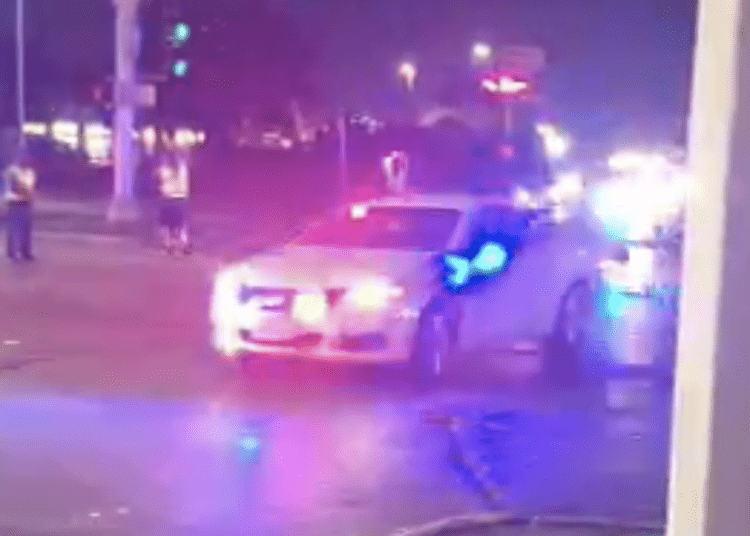 HOUSTON — A Houston police sergeant was shot and killed Monday afternoon after entering the parking lot of a hotel, according to reports.

Houston Police Chief Art Acevedo identified the fallen officer as Sgt. Sean Rios, 47, a 25-year veteran of the department. Acevedo said he leaves behind four children who are between the ages of 9 and 17 years old.

Mayor Turner joins @ArtAcevedo for a news conference on the shooting of HPD officer. https://t.co/hmByKtN1BA

HPD conducted an escort for Sgt. Rios that began at Little York Rd at North Interstate Highway 45 under the freeway and then inbound on the service road.

A reporter Houston’s Fox 26 cited sources who said the off-duty sergeant was shot around 1:30 p.m. in his vehicle after pulling into the parking lot of the hotel 7600 block of North Interstate Highway 45. The officer made it to the lobby where he died, he said.

Acevedo says they have leads on possible suspects including a black pickup truck and a blue four-door Mercedes Benz, which has been recovered.

He adds that HPD is looking for a Hispanic man in his mid to late 30s with several tattoos.

Police reportedly closed off the intersection of Interstate 45 and Gulf Freeway. Officers told motorists traveling on I-45 North to “expect delays and use alternative routes.”

Please keep our Sgt who was shot and killed this afternoon in your thoughts and prayers, along with their family and all Houston Police Officers. We will not stop until we find the monster/monsters responsible.

“We will not stop until we find the monster/monsters responsible,” Gamaldi tweeted.”

No further information was available at the present time.

The suspect has been taken into custody. Read more.