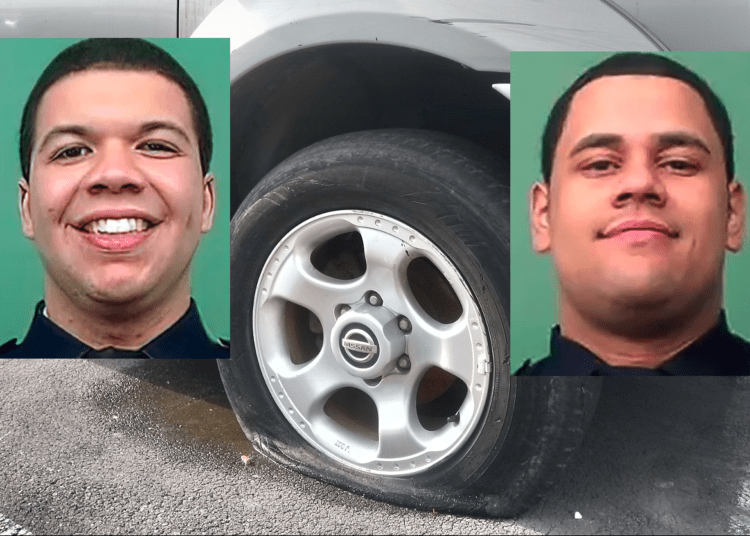 NEW YORK – The tires on six police vehicles, including those belonging to NYPD cruisers, were slashed on Wednesday during a vigil honoring fallen Officers Jason Rivera and Wilbert Mora who were gunned down by a domestic violence suspect last week, according to a report.

The tires on four NYPD patrol units, an auxiliary van and a police vehicle from Darien, Connecticut, were slashed sometime shortly around 6:30 p.m. Wednesday in Harlem, near a vigil at the 32nd Precinct station house, Fox News reported.

The vandalism occurred as crowds had gathered at the station to honor Rivera and Mora, who were assigned to the precinct. 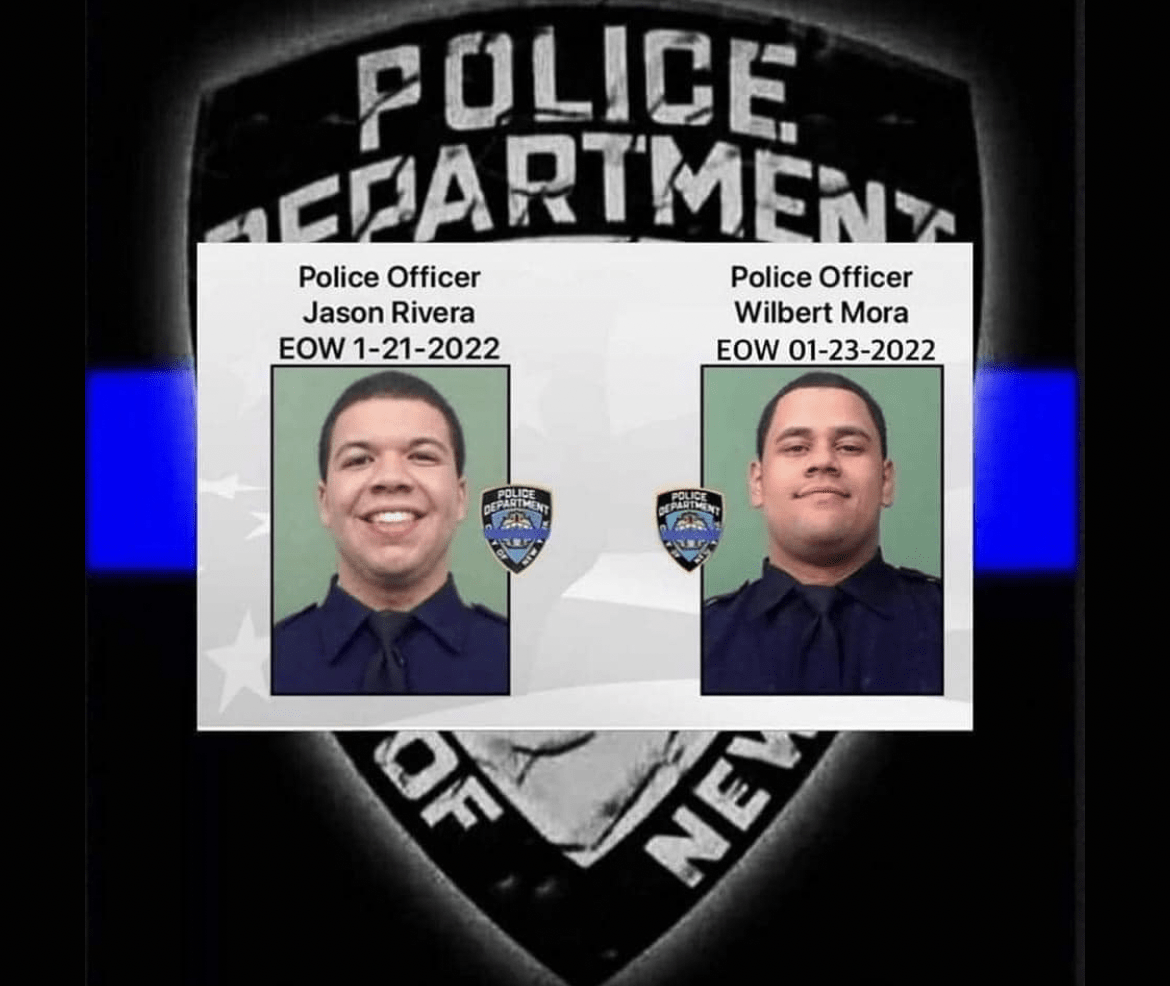 Rivera, 22, and Mora, 27, were murdered while responding to a report of domestic violence last Friday in Harlem around 6:30 p.m. involving a mother and her adult son, Lashawn McNeil, Law Officer reported.

Along with a third officer, identified as Sumit Sulan, the trio met with the woman and had begun to approach the back bedroom, where they were told McNeil was staying. As they approached, McNeil opened fire and struck Rivera and Mora. Sulan returned fire, striking McNeil who later died.