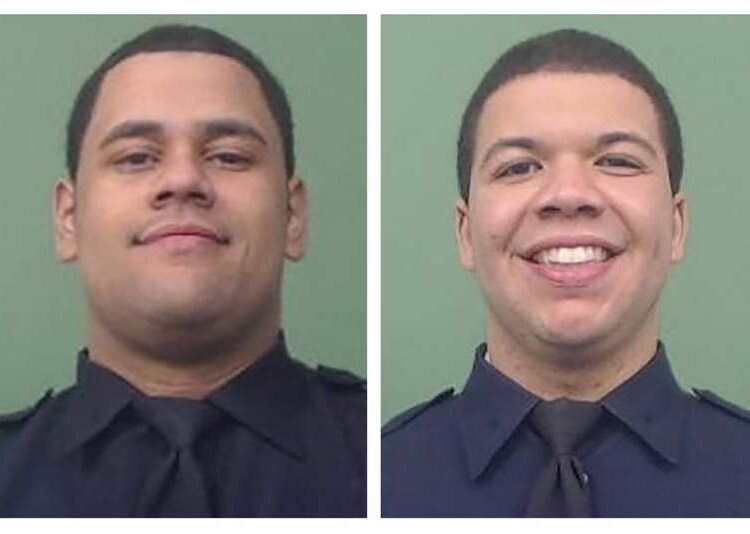 NEW YORK – Multiple sources within the New York City Police Department told Law Officer that Officer Wilbert Mora has died following the Friday night incident. Mora had been in critical condition after he and Officer Jason Rivera were shot at a domestic violence call.

Fox News confirmed Mora’s death on Tuesday. He was a four-year veteran of the force, NYPD Commissioner Keechant Sewell announced.

“It’s with great sadness I announce the passing of Police Officer Wilbert Mora,” she tweeted. “Wilbert is 3 times a hero. For choosing a life of service. For sacrificing his life to protect others. For giving life even in death through organ donation. Our heads are bowed & our hearts are heavy.”

It’s with great sadness I announce the passing of Police Officer Wilbert Mora.

Wilbert is 3 times a hero. For choosing a life of service. For sacrificing his life to protect others. For giving life even in death through organ donation. Our heads are bowed & our hearts are heavy. pic.twitter.com/8JiWGbUYTn

“The grief in this Department is incalculable. We will stand, salute and shed tears, yet manage to smile as we remember him during the extremely difficult days ahead,” Sewell wrote in an internal email to members of the New York Police Department, obtained by Fox News Digital. “Police Officers Wilbert Mora and Jason Rivera were dedicated, courageous and compassionate officers, loved by many. The pain their families feel is immeasurable. We pray for them; we will be strong for them.”

“You put yourselves in harm’s way every day to make this city safer,” Sewell told members of the department. “You are honoring the legacy and sacrifice of Jason and Wilbert, all while keeping our solemn vow never to forget our two fallen heroes.”

The gunman, Lashawn J. McNeil, 47 – who was out on probation at the time – was shot and killed by a third officer, after the he tried to flee the house, having shot the other two.

Officer Wilbert Mora is escorted by @NYPDnews motorcade from Harlem Hospital to NYU Langone. Police have not released the reason for his transfer. He is still in critical condition @NY1 pic.twitter.com/95FIgS94Te

McNeil was initially said to be in critical condition after Officer Sumit Sulan shot him. The homicidal suspect was in possession of a gun that was stolen in Baltimore in 2017, police said.

Law Officer began receiving unconfirmed reports Sunday morning that Officer Mora had died and sources within the NYPD confirmed those reports in the early afternoon.

At approximately 3:42 pm EST, on Sunday, NYPD announced that Officer Mora was still in critical condition and that he was being transported to NYU Langone Medical Center, where a Transplant Institute existed.

Out of respect for NYPD and the family of Officer Mora, we waited until the agency made the announcement before publishing this article.

On behalf of our team here at Law Officer, we send our condolences to all of the heroes at the NYPD and the families of these heroes.

Share and speak up for justice, law & order...
Tags: new yorkNewsnypdOfficer Down