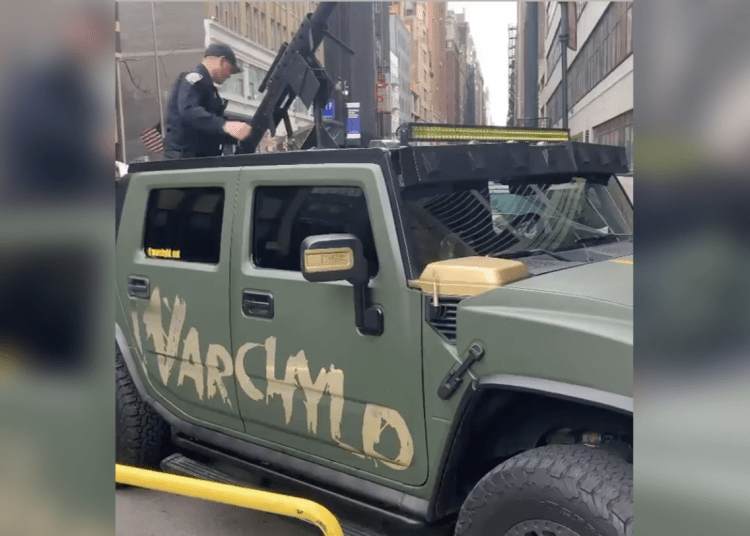 New York – Rapper and fashion mogul Christopher Stoney, 41, found out the streets of New York are no place for Hummer with a roof-mounted long gun — even if it’s just an air rifle that shoots promotional T-shirts.

Stoney, from Philadelphia, was driving his 2006 Hummer along 9th Avenue near West 34th Street in Manhattan Saturday afternoon when the vehicle’s massive, four-foot-long air rifle somehow caught the eye of cops.

The officers also took note of the designs plastered on the side of the military-green vehicle: a trio of yellow bullets and the words “Warchyld” and “Wardrobe.”

The NYPD pulled the Hummer over at West 16th Street, where Stoney, who had two passengers, told them Wardrobe is his clothing company as reported by the New York Post.

Stoney explained that the Hummer was owned by a company and the air gun is used to launch T-shirts during promotional events.

Despite his explanation, Stoney was ticketed for unlawful possession of an air rifle, which was confiscated by officers.