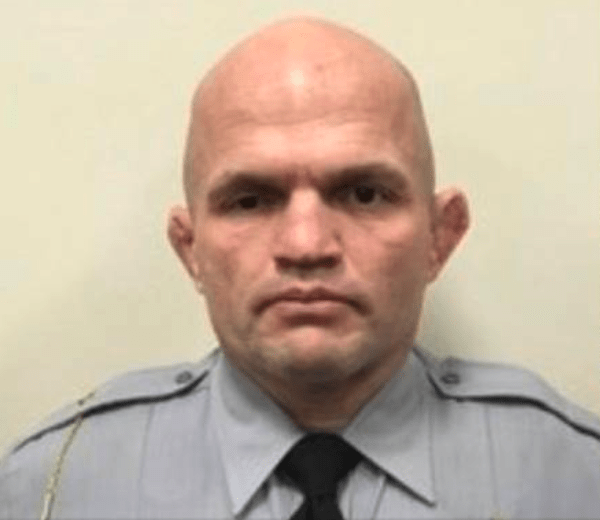 WAKE COUNTY, N.C. – Wake County Sheriff Gerald Baker identified the deputy killed overnight as Ned Byrd. He had been with the department for 13 years ABC 11 reported.

Baker said Byrd, 48, was shot multiple times while responding to a call on Auburn Knightdale Road near Battle Bridge Road in the eastern part of the county around 11 p.m. Thursday.

The Officer Down Memorial Page reported the following details:

Deputy Sheriff Ned Byrd was shot and killed while on patrol shortly after 11:00 pm.

Deputy Byrd stopped at Battle Bridge Road and Auburn Knightdale Road in Raleigh due to a series of calls and suspicious activity. He exited his vehicle and was shot multiple times. At 1:06 am, another deputy found the K9 still inside the patrol vehicle and Deputy Bryd outside.

The subject is still at large.

Deputy Bryd was a United States Air Force veteran and had served with the Wake County Sheriff’s Office for 13 years.

WAKE COUNTY, N.C. – A deputy in North Carolina who was shot overnight has died. The gunfire occurred near the intersection of Battle Bridge Road and Auburn Knightdale Road, according to reports.

Shortly after the shooting, the Wake County Sheriff’s Office announced that the deputy succumbed to his injuries, Fox News reported.

“The Wake County Sheriff’s Office is grieving after one of our own was fatally shot in the line of duty, earlier this morning,” WCSO posted. “Please pray for this agency!”

A large law enforcement presence was seen there shortly after the shooting, photos show.

It is not immediately clear what led up to the fatal gunfire causing the unnamed deputy’s death.

Sheriff Gerald Baker held an emotional press conference, speaking tearfully, to announce the deputy’s death, which was believed to have occurred after 11 p.m. Thursday night. The sheriff revealed limited information while asking for prayers, WRAL reported.

However, authorities have confirmed a manhunt is underway but did not immediately provide details on the suspect.

@WakeSheriff is on-scene of a deputy-involved incident on Battle Bridge Road, near Auburn-Knightdale Road. pic.twitter.com/6XV5Oetcve

It is with sadness to share that a @WakeSheriff deputy was fatally shot while in the line duty earlier this morning. Please pray for the deputy’s family and this agency.

“We will find who’s responsible for this loss even in the midst of the hurt and the pain,” Baker said.

This is the sixth deputy to be shot in North Carolina in the last three weeks, WRAL reported.

The deadly shooting comes just 10 days after Sgt. Matthew Fishman of the Wayne County Sheriff’s Office was shot and killed in an hours-long standoff. A funeral was held Tuesday for the sergeant, a husband and father of two.

Two other deputies were also shot when Fishman was killed as they were serving serve involuntary commitment papers when the suspect opened fire, Law Officer reported.

On Aug. 10, a Caswell County deputy was shot multiple times while serving domestic violence papers. He was last reported to be in critical condition.