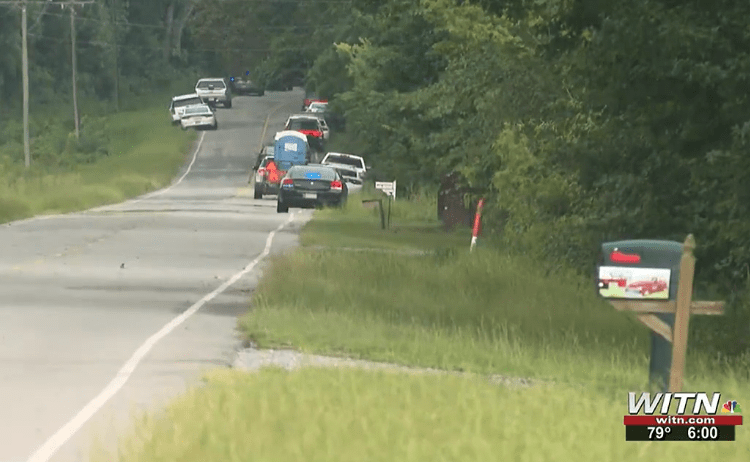 DUDLEY, N.C. – The Wayne County Sheriff’s Office said a sergeant is in critical condition; and a deputy and corporal are in stable condition after they were shot Monday morning, WITN reported.

The law enforcement personnel were shot as they attempted to deliver paperwork, the sheriff’s office said. Deputies had arrived at a home in Dudley to serve involuntary commitment papers when the suspect opened fire, beginning an hours-long standoff. The shooting took place at about 10:30 a.m.

The suspect was later identified as Jourdan Hamilton. Authorities confirmed at a news conference later in the day that he had been found dead inside the home from an “apparent fatal self-inflicted gunshot wound.” The body was discovered when SWAT team members entered the home after a nearly 9-hour standoff.

Hamilton had barricaded himself inside the home. He was the only person at the residence, Live 5 News reported.

Gillie said Fishman is in critical condition, while Cox and Torres are currently stabilized.

“Nobody expects to go into work and be shot at, but this is what our men and women do on a daily basis. It’s unfortunate that this one turned out this way,” Gillie said.

A reporter asked Gillie about law enforcement’s communication with Hamilton during the lengthy standoff.

Deputies are seen at a North Carolina home after three law enforcement personnel were shot. (WRAL)

“I can’t release much of that, we did have SWAT teams on scene that were attempting to make contact with the individual,” he said. “And so, you know, we had reason to believe that he was still inside at the time, that’s why we were out here as long as we were, and then once we had information that suggested otherwise is when they decided to approach the home a little bit closer.”

One of the wounded personnel is a sergeant who is listed in critical condition while two others have been stabilized. (WRAL)

According to North Carolina Department of Public Safety records, Hamilton had received misdemeanors for communicating threats in 2021 and resisting an officer in 2019, Fox reported.