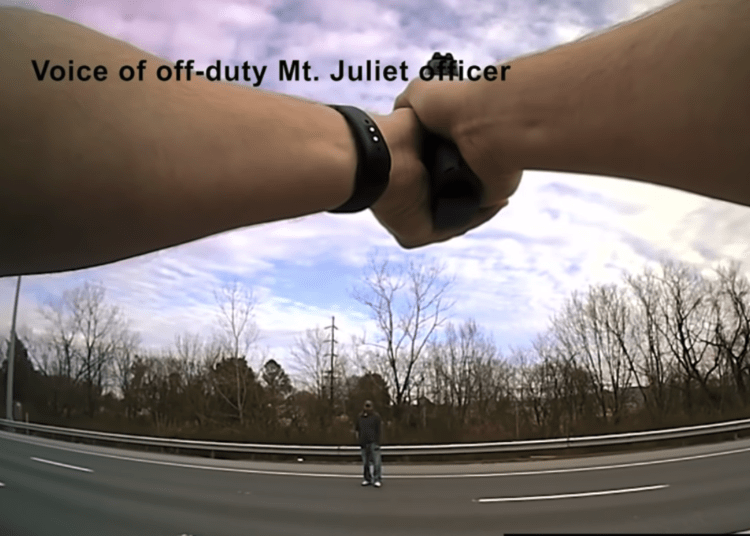 NASHVILLE, Tenn. – Law enforcement authorities in Tennessee released bodycam footage from an officer-involved shooting that took place on Thursday, when officers fatally shot a man who was walking along a Nashville interstate armed with a box cutter before he was struck, authorities have said.

Landon Eastep, 37, was identified as the deceased suspect. He was agitated and carrying the blade in his left hand, according to a spokesperson for the Metro Nashville Police Department.

The deadly encounter took place shortly before 2 p.m. and shut down traffic on a normally busy travel corridor in Tennessee, Fox News reported.

The standoff began when a trooper of the Tennessee Highway Patrol first spotted Eastep on the shoulder of the roadway. Officers tried for about 30 minutes to calm the man and seek a peaceful resolution.

“The trooper attempted to negotiate with Eastep, and soon, an off-duty Mount Juliet Police Department officer also stopped, along with back-up officers from the Metropolitan Nashville Police Department” and more Highway Patrol troopers, according to police.

Bodycam footage shows Eastep standing in the roadway as officers shout to him: “Landon … let me help you out. You will not end up in jail … Don’t do it … Whatever you’re worried about, we can fix it. Let us get you some help though.”

Officers continue to plead with the distraught man throughout the ordeal, but to no avail.

“Please drop it, brother,” says one officer. “This is not the answer … we don’t want to hurt you.”

At one point, an officer is heard asking Eastep if he has a gun.

“Don’t do it,” an officer says in the moments before he appears to pull his right hand out of his pocket or from behind him, Fox reported.

Nine officers from three agencies fired at the man when he quickly pulled an unknown “silver, shiny cylindrical object” from his right pocket, Metro Nashville Police Department spokesman Don Aaron said. Although he is unsure what the items was, it was not a firearm.

Eastep was struck multiple times and died, Aaron said. No officers were injured.

TBI will conduct the OIS investigation.