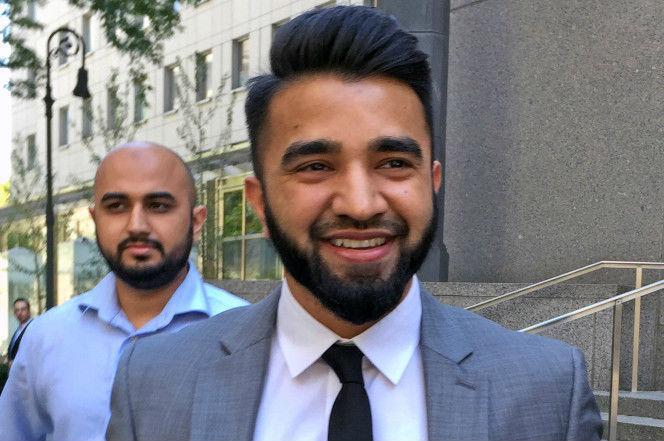 A Muslim police officer is suing the New York Police Department (NYPD) to stop enforcement of what he says is an unconstitutional policy banning officers from having beards.

Masood Syed, who works as a law clerk for the NYPD’s Deputy Commissioner of Trials, said he’s had a half-inch to one-inch beard throughout his 10-year police career, according to a class-action lawsuit filed Wednesday in U.S. District Court in Manhattan.

But on Tuesday, Syed’s supervisor at Police Headquarters suspended the 32-year-old without pay after he refused to trim his beard, which he keeps as a Sunni Muslim, his lawsuit said. The day before, he was told in writing to grow it no longer than one millimeter, court papers said, or roughly .04 inches.

The NYPD prohibits beards of any length, though unwritten policy permits them up to one millimeter in length for religious accommodations, Syed’s lawsuit said. Syed, who is also a lawyer, claims many NYPD officers have beards longer than that, according to court documents.

At an emergency hearing in Manhattan Wednesday, Judge Kevin Castel ordered the NYPD to continue paying Syed’s salary and benefits at least until July 8, Syed’s attorney Joshua S. Moskovitz told NBC News. That’s when a preliminary injunction hearing will be held to decide if Syed is likely to succeed in his claim that the NYPD’s no-beard policy violates the First Amendment, Moskovitz said.

If Syed is successful, a judge could temporarily halt the NYPD from enforcing the ban or require the department to adopt some other interim policy as the case moves forward, Moskovitz said.