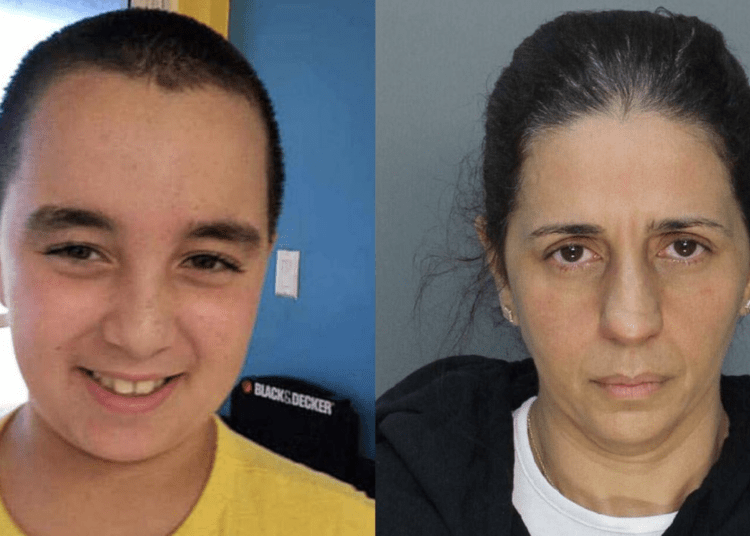 The body of Alejandro Ripley, 9, was found Friday. His mother, Patricia Ripley, 47, is being held in connection with the death. (Miami-Dade Department of Corrections and Miami-Dade Police Department)

MIAMI-DADE, Fla. – Many Law Officer readers thought this case didn’t pass the smell test when the kidnapping was reported. Indeed they were right as a Florida woman who authorities say initially told them her 9-year-old son was abducted now faces a murder charge in connection with his death.

Her arrest came after her son, Alejandro, was found dead Friday in a pond at the Miccosukee Golf & Country Club, according to the Herald.

Upon first report of the missing boy, an Amber Alert was issued Thursday night when law enforcement authorities were initially told the child was abducted from outside a Home Depot store.

According to reports, the suspect told police a car had forced her vehicle off the road near the store, then two men jumped out of the vehicle, armed with a knife, and demanded drugs. She then said the men grabbed the boy and drove off when she couldn’t comply with their request.

The Amber Alert was canceled Friday morning when the boy’s body was found at the golf canal. Investigators were immediately suspicious of the kidnapping as Ripley gave multiple accounts, according to a police report obtained by the Miami Herald.

She continued giving conflicting statements. But police confronted her with evidence that she had been at the canal — video surveillance footage that showed her pushing the boy “into the canal,” according to the police report. Moreover, witnesses also placed her at the scene.

Finally, Ripley recanted her story. She reportedly admitted at about 8:30 p.m. she “led the victim to the canal where he drowned. She states he’s going to be in a better place.”

A source familiar with the investigation said a security camera at a Home Depot near where the alleged kidnapping occurred showed Ripley sitting in her car alone — without Alejandro — for 20 minutes before she called police at 8:47 p.m. on Thursday.

Many questions remain, however, no further details of the case were immediately available.

Ripley was being held without bond, Miami’s WPLG-TV reported.

About two dozen people gathered Friday for a memorial service for the boy outside The Friendship Circle of Miami, a center for children with special needs, Fox News reported. The boy attended the center before the coronavirus shutdown.