Lunatic puppets are being manipulated by partisan propagandists 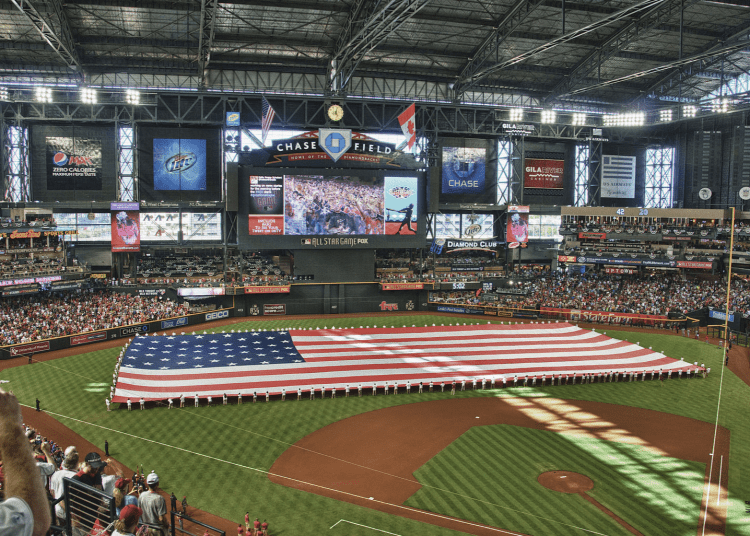 The controversy surrounding Major League Baseball’s decision to move the All-Star Game out of Atlanta due to Georgia’s new voting legislation is actually a good thing since it demonstrates lunatic puppets being manipulated by propagandists. (Insert “spineless” for “lunatic” if desired.)

Coca-Cola has released a statement condemning Georgia’s new voting legislation, but the company requires valid ID to be admitted to its annual meeting of shareholders, Fox Business reported.

“At the entrance to the meeting, we will verify your registration and request to see your admission ticket and a valid form of photo identification, such as a driver’s license or passport,” the company wrote in reference to its 2020 annual meeting of shareholders, held before the coronavirus pandemic.

Georgia’s new voting law requires a drivers’ license or state ID number be listed to submit an absentee ballot to vote, among other new reforms. The state already required ID to vote in person. It had previously relied on signature matching to verify ballots.

Coca-Cola is based in Atlanta. This week, the beverage company, among other Georgia-based companies, issued statements condemning the new legislation after threats of boycott.

Senate Majority Leader Chuck Schumer has invited MLB to play the 2021 All-Star Game in New York instead of Atlanta after controversy over the new voting laws became headline news this week. Nevertheless, watchdogs highlight that voting laws in the Empire State are more restrictive than in Georgia, Daily Mail (and other news organizations) reported.

“Racist voter suppression laws are now hurting Georgia’s voters AND its economy. Georgia Republicans should be ashamed,” Schumer, a New York Democrat, tweeted Saturday after MLB announced it would pull the game from Atlanta.

“We would welcome @MLB to come to come play the All-Star Game in New York where we are working to make it easier, not harder, to vote,” he added.

However, Georgia Governor Brian Kemp also accused New York of having more restrictive voting laws than his own state does, saying bluntly: “It’s easier to vote in Georgia than it is in New York.”

“In New York they have 10 days of early voting. In Georgia we have a minimum of 17, with two additional Sundays that are optional for all counties in our state,” Kemp said at a press conference on Saturday.

If Georgia makes more accommodations to vote than New York, we expect MLB will be moving their headquarters out of the Big Apple since it’s less tolerant than the Peach State? (I can hear you laughing!)

Since MLB has taken shots at the State of Georgia, I assume they’ll make similar accommodations for their fans, just as they are demanding for Georgia voters (based upon activist rhetoric). In other words, I presume MLB will no longer demand that I show a ticket when trying to get into a ballpark? After all, isn’t that fan suppression? (Again, I can hear you laughing!)

I’m an avid sports fan. As a result, the wokeness that’s invaded professional sports since (you know who) decided to take a knee during the national anthem several years ago, suddenly makes me feel like a dumpster-diver sifting through the rot while looking for something of value.

For instance, I often listen to sports talk shows playing in the background as I work. A few days ago I must’ve heard a dozen sports related talking heads embrace MLB’s move to boycott the City of Atlanta by moving the All-Star Game. If you didn’t know the truth, you would have thought the State of Georgia advocated the lynching of black people. However, not one individual mentioned the truth about the new law. The propaganda machine was in 5th gear cruising down the highway.

“In their blatant assault on local election systems across the country, Democrats and the mainstream media are spreading lies and misinformation about Georgia’s Election Integrity Act that I recently signed into law,” Gov. Kemp wrote.

“Instead of addressing specific proposals in SB 202, they have resorted to demonizing Georgians – and Americans – who support commonsense election reform measures,” he continued.

The false rhetoric needs to be met with truth. This is what Georgia’s new voting law does, according to Kemp and others who’ve honestly evaluated SB 202:

“As you can see, these reforms have nothing to do with ‘voter suppression’ or ‘Jim Crow.’ The Election Integrity Act makes it easy to vote by expanding access to the polls and harder to cheat by ensuring the security of the ballot box,” the governor concluded.